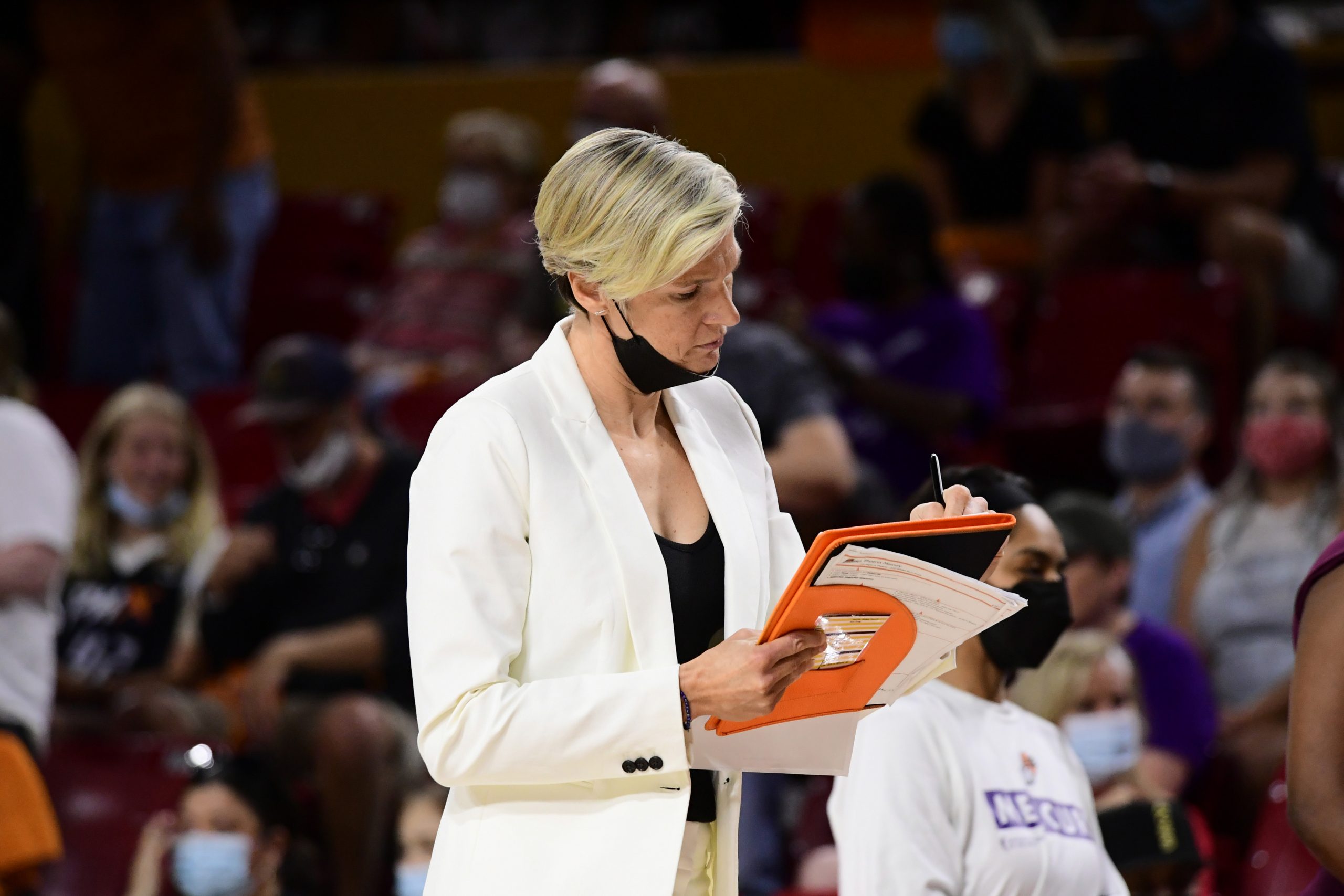 The Phoenix Mercury have got themselves a new head coach, with The Athletic’s Chantel Jennings reporting that former Las Vegas Aces assistant Vanessa Nygaard will be hired as the Mercury’s next head coach.

Nygaard replaces Sandy Brondello, who was hired as the New York Liberty’s head coach in early January after her contract expired following the 2021 season.

On Monday, Jennings reports that the Mercury will officially name Nygaard their head coach.

The Phoenix Mercury will announce Vanessa Nygaard as their head coach on Monday ahead of the Suns’ game, sources tell @TheAthleticWBB.

Nygaard’s resume on the court is just as extensive as it is on the sidelines, playing in three Final Fours for Stanford and in the WNBA for five seasons. The Scottsdale, AZ native began her coaching career as an assistant at Long Beach State and Pepperdine before heading to the W in 2008, joining the San Antonio Stars coaching staff and then the Washington Mystics in 2009.

During that same 2009 season, Nygaard began coaching at Winward High School in Los Angeles, CA, before joining the team full-time as the head coach in 2012. At the helm, Nygaard led the women’s program to three state titles in 2013, 2017, and 2018.

Most recently, Nygaard returned to the W as an assistant coach on Bill Laimbeer’s Las Vegas Aces staff for the 2020-2021 season while also coaching the Team USA U16 team in 2017 and the U17 team in the 2018 FIBA World Cup.

Jennings reports that Nygaard’s next step is to fill out the rest of her staff next week.