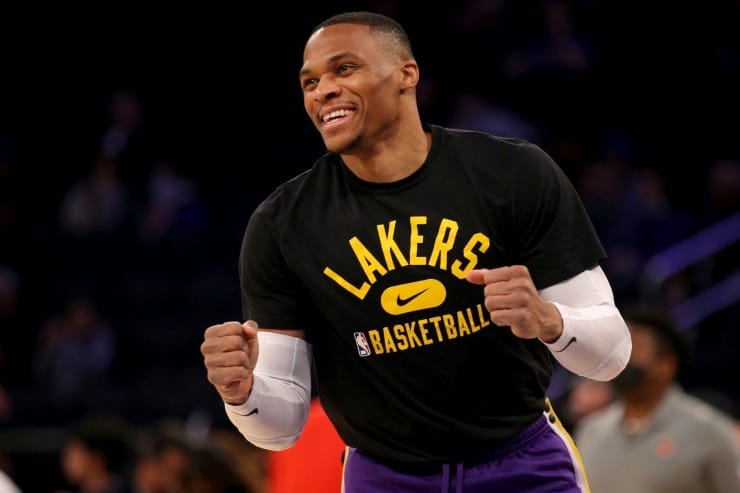 The new year is almost here and teams around the league are putting together their wish lists for 2022. Earlier this week, Basketball Insiders broke down the Eastern Conference to decipher what every team needs in order to improve through the rest of the season. Today we look at the Western Conference, which seems to be having a very down year.

The top two or three teams in the West are obviously in a much better position than everyone else, but things in the NBA can change in the blink of an eye. Just because they are near the top of the mountain doesn’t mean that they are no longer trying to improve. Here are the needs that these 15 teams will try to address over the coming months.

The Jazz addressed their backup center role with Hassan Whiteside, who has fit in seamlessly. When Rudy Gobert got into foul trouble during the playoffs, it was obviously a big blow to their defense. The core players have been hitting on all cylinders this season but they need someone who can defend guys like Giannis and LeBron. Utah has been flirting with the idea of moving Joe Ingles and his expiring contract for more perimeter help on that end of the floor. If they can acquire that piece of the puzzle, they will be a serious threat to get back to the Finals.

No team in the league has been hit harder by injuries to their roster than the Nuggets. With Jamal Murray likely already out of the entire 2021-22 campaign, they soon lost Michael Porter Jr and PJ Dozier for the season as well. Nikola Jokic is having a better statistical year than he did last season when he won the MVP but he is struggling to keep this team afloat. Now they are dealing with another outbreak that includes head coach Michael Malone.

Denver already had Dozier, Howard, Murray, Porter Jr. out with an injury.

Denver ranks 28th in rebounding and is dead last in blocks. They also struggle to get to the free-throw line, as their 17 attempts per game rank 30th in the league. Though many of their role players have stepped up at different times, the Nuggets need more consistency from someone other than Jokic if they want to have any success in the postseason.

Count the Timberwolves as one of the pleasant surprises this year, with the strong play of their top three players. It appears as though Karl-Anthony Towns has stepped aside to allow Anthony Edwards to blossom, which has helped both of them. Their defense has been outstanding, as they rank top-five in both steals and blocks. Unfortunately, they are also bottom five in turnovers, so taking care of the ball should be a focus going forward.

It has been a miserable year for the Trail Blazers, firing Neil Olshey and dealing with trade speculation around Damian Lillard and CJ McCollum. Decision time looms for this organization, as they must choose between retooling around Lillard or making wholesale changes that include moving on from the All-Star point guard. With Chauncey Billups still learning the coaching ropes, the best resolution for Portland is to figure out which direction they want to go.

The rebuild is moving right along for the Thunder, who appear to have a real playmaker in rookie Josh Giddey. He is a great fit alongside Lu Dort and Shai Gilgeous-Alexander has been playing at an All-Star level the last few weeks. These are the three core pieces that Oklahoma City is building around. The franchise needs to start looking at cashing in some of their many draft assets as they continue to develop their future. They have a lot of trade chips to use and will have even more when this season concludes. They have a solid foundation in place.

Western Conference Player of the Week Shai Gilgeous-Alexander led the @okcthunder to 3-1 while averaging 27.5 PTS, 6.3 REB and 7.0 AST during Week 10! pic.twitter.com/ZkfE3fA2mu

The Warriors have reclaimed their spot as the league’s top team, and that doesn’t appear to be changing anytime soon. After knocking off the Suns in Phoenix on Christmas day, this team put the rest of the league on notice. They were without Andrew Wiggins, who is having a career year. Jordan Poole may be the most improved player in the league this season and he was out as well.

Golden State has been doing it with their depth. That was their biggest weakness last season, and now it is their biggest strength. They also have the expected returns of Klay Thompson and James Wiseman on the horizon. The key for this team is to keep the Splash Brothers healthy, and everything else should fall into place.

Despite the home loss on Christmas, the Suns remain one of the few elite title contenders in the league. That being said, they rank 25th in offensive rebounding and 25th in second-chance points. Normally that would cripple most teams but Phoenix is top three in both scoring and field goal percentage, thanks in large part to Paul. The addition of JaVale McGee has been tremendous, and they may lean on him more in the playoffs. Look for this team to make some minor tweaks in the coming months.

It should not come as much of a surprise that the Clippers rank 25th in scoring and in the bottom ten in rebounds and assists. They have been without Kawhi Leonard all year and now Paul George will likely be out for the next month with an elbow issue. Like Denver, the Clippers struggle to get to the free-throw line (29th) and much of that is due to the fact that they do not have their star players attacking the basket.

Eric Bledsoe has started the last four games due to Reggie Jackson’s absence. Bledsoe’s averaged 17.3 points, 6.8 assists, 4.0 rebounds and 2.0 steals on a 54.8 TS% in that time. Clippers have been 25.6 points per 100 possessions better with him on the floor which leads the team.

If the Clippers can stay above water, there is a hope that Leonard would be able to return in time for the playoffs. With George playing at an All-NBA level and the great contributions from Marcus Morris, Luke Kennard, Reggie Jackson, and Terance Mann, this could be a dangerous team towards the end of the season.

The Lakers need a lot of things to become title contenders in 2022 and the finger can be pointed in all directions. LeBron James is pulling his weight but his rebounding and assist numbers are down and he is logging heavy minutes. Anthony Davis has struggled in his time on the floor but will be out for the next month. Russell Westbrook has received all types of criticism but most of it is warranted.

This team clearly needs some on-court chemistry as they have used the most (18) different starting lineups through the first 34 games. This roster is a smorgasbord of varying types of talent, and the puzzle pieces just don’t seem able to be fit together. They rank 27th in turnovers and 29th in free-throw percentage. The Lakers brass should not be ready to push the panic button yet, but they should probably at least find out where it is located just in case.

After some early-season promise, Sacramento has been slipping. They rank as one of the league’s worst teams in terms of shooting percentage from the free-throw line and the three-point line. Their defensive rating is 27th in the league, and they are 29th in opponent points allowed. This team has many pieces that could be moved in a trade, and no one is off-limits. Tyrese Haliburton has flourished with De’Aaron Fox out of the lineup and the team is likely to part ways with Buddy Hield. More changes appear to be on the horizon for the Kings.

De’Aaron Fox went out on Covid protocols earlier this month.

Tyrese Haliburton since that point:

There is no denying the talent of Ja Morant, and how valuable he is to this team. The notion that the Grizzlies are better off without him is asinine but it is clear that their defense takes a hit with him on the floor. The good news for Memphis is that they have two elite defenders in Dillon Brooks and Desmond Bayne. The latter should be a finalist for the Most Improved Player award at the end of the season. Memphis is the only team to beat both Golden State and Phoenix this season, and they did it on the road. Taylor Jenkins is one of the brightest coaches in the league and should be able to figure out how to correct this minor issue.

Much has been made about Luka Doncic’s conditioning this season, and he openly admits that he was out of shape. He has been in health and safety protocols so that will still be an issue for him once he returns. In the meantime, it has allowed other guys like Jalen Brunson and Kristaps Porzingis to step into larger roles. Both have been excellent but the Mavs desperately need Tim Hardaway Jr and Reggie Bullock to start shooting their normal percentages from the field.

This Mavericks team is top-five in terms of three-point attempts per game, yet they rank in the middle of the pack in three-pointers made. That has them 25th in three-point percentage, which Jason Kidd insists will improve as the season rolls along. If that happens and Doncic can return to his MVP form in the coming months, Dallas should be able to solidify another playoff appearance, though it may be short-lived.

It has been quite the turnaround for this young Spurs team, which has been crushing teams lately. There are a lot of things to like in San Antonio, starting with the play of Dejounte Murray. Not only should he be in consideration for the Most Improved Player of the Year award, he should also get some All-Star votes along the way. The 25-year old point guard is tied for the most triple-doubles in the league this season, but he has had plenty of help.

After the #Spurs swept their trip to LA, Dejounte Murray ranks:

Keldon Johnson, Lonnie Walker, Devin Vassell, and Doug McDermott have all contributed in positive ways but this team really struggles when it comes to free-throw shooting. They are 29th in attempts this season and even when they get there, they aren’t able to knock them down as they shoot 73 percent as a team, which ranks 28th. Those add up over the course of a game and as many tightly contested games as they have had, it truly makes a big difference in the outcome.

The Pelicans began the season 3-16 but have since shown significant signs of improvement. Brandon Ingram has been carrying the load for New Orleans but the strong play of guys like Devonte’ Graham and Jonas Valanciunas have certainly helped fill the void of Zion Williamson. New Orleans needs their superstar back on the floor but he won’t return until he and the team are certain that he’s healthy and in the right state of conditioning. Once that happens, this team could fight for a spot in the play-in game.

The main priority for the Rockets this season is the development of Jalen Green. Since he has returned to the floor, he has looked better and the rest of the team around him is fitting in well. This is a young team with not a lot of goals for the immediate future, but it is important that they don’t get sucked into any bad habits and just stay the course. Finding a resolution for the John Wall situation would be ideal, but the organization will likely be more interested in finding a new home for Eric Gordon.