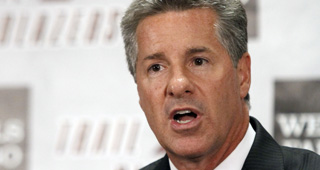 Portland Trail Blazers President of Basketball Operations Neil Olshey is reportedly “fighting for his job”. Olshey will meet with investigators next week, as they look into accusations of workplace misconduct on the part of Olshey.

Olshey reportedly has no interest in taking a buyout, making any kind of deal or taking a settlement. Olshey has maintained his innocence since the accusations were made public.

The initial investigation was scheduled to be complete by November 5. Due to investigators speaking with more than 60 individuals, the deadline has been extended.