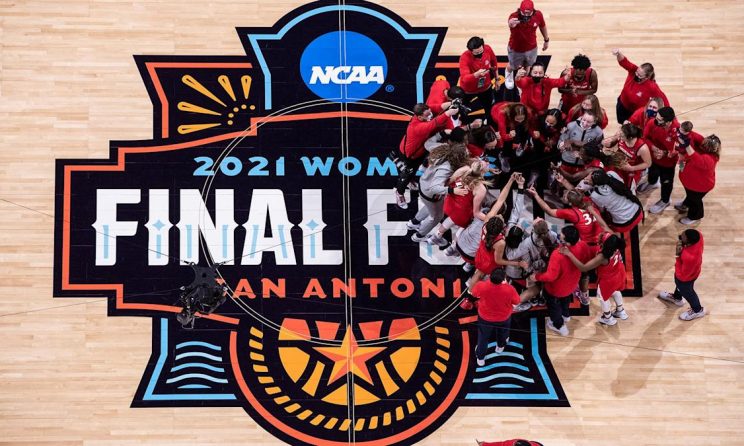 The NCAA women’s basketball tournament is close to expanding its field to 68 teams – equaling the men’s bracket.

Both the Division I women’s basketball committee and the oversight committee unanimously voted to approve a proposal to add four teams to the NCAA Tournament, starting this season. The proposal, which was announced Thursday, will now advance for consideration by governance committees. A final determination is expected by the middle of next month.

The expansion of teams was one of the recommendations stemming from an external review of gender equity issues of the tournaments. The report released in August was sparked by outrage at the disparities between amenities at the two tourneys, including weight rooms and other features.

Other recommendations that have already been discussed include exploring a joint Final Four with the men and women’s basketball tournaments holding their semifinals and title games in the same city on the same weekend, though it would not happen until at least 2027 with sites already locked in through 2026. The NCAA also approved the women’s tournament using the phrase March Madness in its branding.

“It’s great. I really appreciate the work and commitment to respond in such a timely fashion,” said UCLA coach Cori Close, who is the President of the Women’s Basketball Coaches Association. “It’s a major thing to provide the same opportunity (as the men) using March Madness and to have four more teams compete for that experience is a huge step in the right direction.”

Under the proposed 68-team format for 2022, the opening-round games of the women’s tournament would take place at four of those top 16 seeds’ sites. It could change to a neutral site going forward starting in 2023- similar to what the men do.

“Today’s vote is yet another step taken toward achieving equity between the two tournaments,” said Lisa Campos, chair of the Division I Women’s Basketball Oversight Committee. “The women’s basketball oversight committee is proud to continue its leadership role in reviewing many of the recommendations from the gender equity report, and we look forward to implementing this format change to positively impact the championship experience for women’s basketball.”