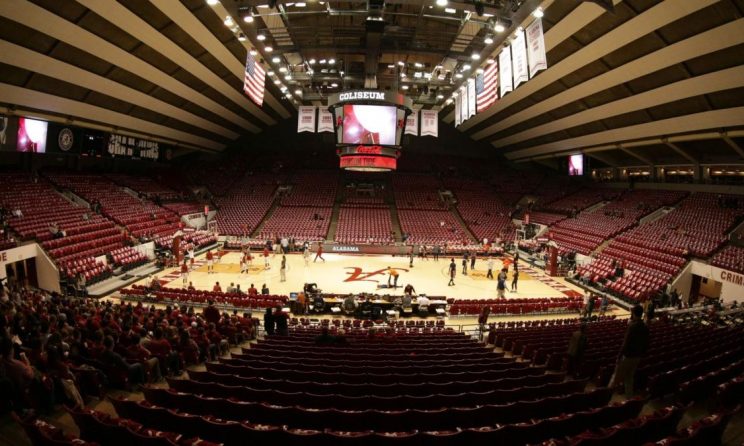 Alabama received its penalty from the NCAA for its role in college basketball corruption uncovered by the FBI, and the worst penalty appears to be three years of probation. The Crimson Tide will also receive a $5,000 fine and 1% budget reduction, but they dodged a scholarship reduction or postseason ban, according to Friday’s announcement from the NCAA.

The Division I Committee on Infractions found that a former Alabama associate athletics director violated NCAA rules when he took money to facilitate a meeting between the father of a former Alabama player, a financial advisor and the financial advisor’s representative. That former associate athletics director, who resigned immediately after the FBI investigation came to light in 2017, received a 10-year show-cause penalty, according to Friday’s announcement.

Alabama and its enforcement staff agreed that the former athletic department staff member received “at least” $3,000 from the financial advisor and his representative for setting up a dinner with the player’s father, according to the NCAA’s summary of the penalties. The violations occurred before current coach Nate Oats took over for the 2019-20 season.

“The nature of the conduct — selling access to student-athletes and their families — completely undermines the Association’s foundational values,” read a portion of the committee’s decision.

The NCAA’s announcement noted that Alabama did not agree with the proposed penalties and said that the school can appeal the penalties.