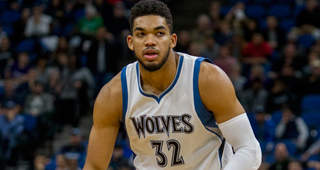 Towns said, “Sorry to the Wolves fans. I ain’t want to cause no hysteria or anything like that. But just know I’m very happy. I know we’re on a skid so it came at the worst possible time, that little hacking. I’m excited to hopefully build more years here, not just this year.”

Despite the Timberwolves struggles throughout his NBA tenure, Towns has never expressed a desire to leave the team. Minnesota got off to a good start this season, but has had some struggles in the last week. Towns acknowledged this and said the team has to work to keep it from becoming a full slide, like in years past.

“We have to come together and we have to keep our team together and the camaraderie and the energy and the morale up,” Towns said.

Towns’ public commitments on remaining in Minnesota haven’t dissuaded other NBA teams from closely monitoring his situation. The belief around the league is that Towns will eventually get frustrated with the lack of playoff appearances and will ask for a trade.