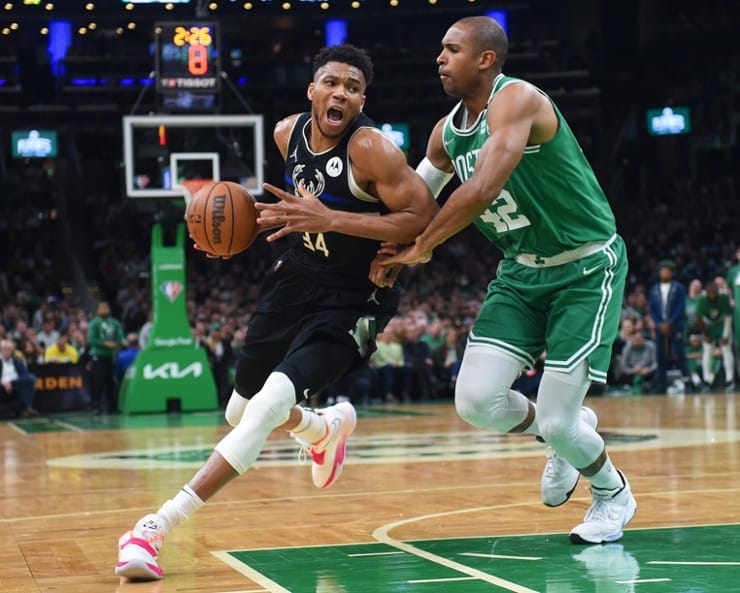 On Saturday, the second round of the 2022 NBA Playoffs continues; free NBA playoffs conference semifinals odds, Game 3 picks and predictions are posted here. Our experts at Basketball Insiders have selected the winners of the Celtics-Bucks and Grizzlies-Warriors matchups today.

Notwithstanding Milwaukee’s lackluster performance in Game 2, the team is still favored to defeat Boston today. On the other hand, Golden State is favored to beat Memphis at Chase Center.  Continue reading for Game 3 betting trends, odds, picks and predictions.

Leading into Saturday afternoon’s Game 3 matchup, the Bucks are two-point favorites over the Celtics at Fiserv Forum. Milwaukee bested Boston by 12 points at TD Garden in Game 1. It was the one game in this series the Celtics were expected to win. And the Bucks are without Khris Middleton in this series. Then, in Game 2, Boston recovered. The C’s defeated them 109-86 on Tuesday. Jaylen Brown led the Celtics in scoring with 30 points.

According to the Celtics’ injury report, forward Sam Hauser was downgraded to out. Guard Marcus Smart is listed as probable to play. Smart had to sit out for Game 2 due to a thigh contusion he sustained in Game 1. The guard accumulated 10 points in 33 minutes played in Game 1. For one noteworthy betting trend, Boston is 8-2 ATS in its past 10 contests. Also, the Celtics have covered the spread in their last six road games.

Additionally, for the Bucks’ injury report, guard George Hill is listed as a gametime decision. Plus, Khris Middleton is still recovering from an MCL sprain in his left knee. Per sources, Middleton could return to the court by the end of this second-round playoff series. Though, Grade 2 injuries take up to four weeks to heal. For more betting trends, Milwaukee is 4-1 ATS in its previous five games played.

Next, the total has gone under in the Bucks’ past seven contests. Nevertheless, the total has gone over in eight of Milwaukee’s last 11 matchups at home versus Boston. All things considered, pick the Bucks to win Game 3, they will cover the spread and the total will go under 212.5. More NBA playoffs conference semifinals odds, Game 3 picks and second round predictions are on the main page.

Furthermore, the Grizzlies are seven-point underdogs against the Warriors at Chase Center. On Tuesday, Memphis bested Golden State 106-101 at home in Game 2. Ja Morant scored a playoff career-high 47 points in 41 minutes played. The Warriors are known for their three-point shooting. However, they underperformed in Game 2. That’s an understatement. Golden State shot an atrocious 18.4% from long range.

Equally important, for the Grizzlies’ injury report, the team has three players listed: SG Dillon Brooks (out), C Killian Tillie (gametime decision) and PF Santi Aldama (gametime decision). Brooks is serving his one-game suspension for Game 3 after committing a hard foul on Draymond Green in the first quarter of Game 2.

Meanwhile, the Grizzlies are 5-2 ATS in their last seven games played. And Memphis is 6-1 ATS against Golden State in its past seven meetings.

Moreover, the Warriors have three players listed on their injury report: C James Wiseman (out), SF Andre Iguodala (out) and PG Gary Payton II (out). After fracturing his left elbow in Game 2, Payton II has been ruled out for the next few weeks. If the Warriors make another NBA Finals appearance, the guard could return by then. Klay Thompson was removed from the list on Friday.

In addition to the betting trends shown above, the Warriors are on a five-game winning streak at home. The total has gone over in six of Golden State’s last eight games as well. Above all, pick the Warriors to win, they will cover the spread and the total will go under 225.5. Other NBA playoffs conference semifinals odds, second round Game 3 picks and predictions are on the main page.

BetOnline is one of the best sportsbooks in California, Massachusetts, Tennessee and Wisconsin.