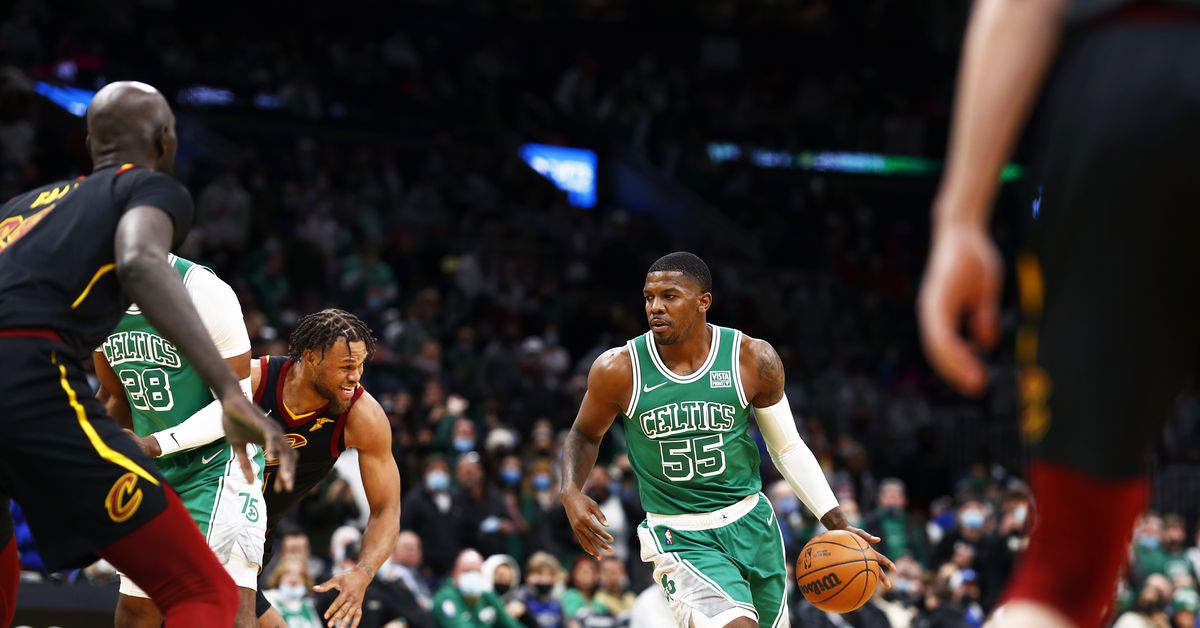 With seven players ruled out for Wednesday night’s game against the Cleveland Cavaliers, the Boston Celtics looked to a familiar face to fulfill their required hardship 10-day contract spot: seven-time All-Star (and 2001 Celtics draftee) Joe Johnson. Now 40 years old, Johnson has seen an entire career’s worth of basketball come and go since he last donned a Celtics uniform. The 17-year vet wanted to show he still has NBA-caliber basketball in him, and the Celtics’ severe roster shortage provided a perfect opportunity.

For much of the night, calls to get Johnson on the court went unheeded. The Celtics had a game to win, after all, and even if he weren’t 40 years old, Johnson had just joined the team that very same day — not the ideal formula for getting competitive minutes against a very good Cavaliers team. Johnson warmed the bench through 46 minutes of play.

But finally, with the win all but official, the fans got what they wanted: Johnson checked into the game with just under two minutes remaining. A few possessions later, in his old, notorious fashion, Johnson went ISO, snaking around a ball screen before pulling up for an 18-foot midrange jumper. He found nothing but net — his first made basket in a Celtics uniform in 20 years. TD Garden went ballistic.

Most likely, due to the nature of the NBA’s hardship 10-day contract system, Johnson’s return to the organization will be a brief one. Eventually, the Celtics’ missing pieces will make their way back to the court, likely leaving no room for the 40-year-old vet to hang around (though as COVID continues to circulate, another team may very well come calling).

But for one night, the reunion yielded a special moment. Johnson got to fulfill his dream of making it back to an NBA court, and Celtics fans got to cheer for a player whose tenure with the team was all too short. Johnson’s shot was an incredibly fun and memorable moment in an unprecedented season otherwise fraught with setbacks, frustration and uncertainty, and for that alone, it was well worth it. ISO Joe forever.