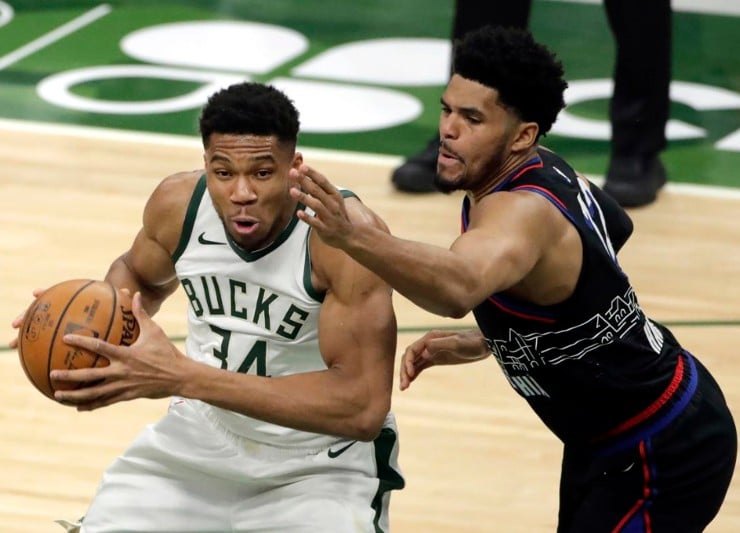 ESPN’s Basketball Power Index: 76ers have a 56% chance of winning

According to Land of Basketball’s database, based on 216 regular season games played all-time between these two teams, the Bucks are 114-102 versus the Sixers. Plus, in the previous three head-to-head  meetings, Milwaukee is 3-0 against Philadelphia. On Apr. 24, 2021, the last time these teams faced off, the Bucks won 132-94 at home. Not to mention, the Bucks are also 7-3 in their past 10 head-to-head contests versus the 76ers. Keep in mind, Philadelphia is playing better basketball so far this season.

On Monday, the 2021 NBA champs visited President Joe Biden at the White House. Finals MVP Giannis Antetokounmpo said during the visit, “With a lot of hard work, you can accomplish a lot of things in life.” Regardless of how one might feel about any president, a trip to the White House is a once-in-a-lifetime experience. If an American ever has the opportunity to attend, no one should ever turn it down. For the 76ers, their top story is four-time All-Star Joel Embiid testing positive for COVID-19. Before his positive test, he was averaging 21.4 points and 9.4 rebounds per game this season.

Moreover, on Sunday, in the Bucks’101-94 road loss versus the Wizards, forward Giannis Antetokounmpo led his team in points and rebounds, amassing 29 points and 18 rebounds in 39 minutes of action. Forward Grayson Allen contributed 19 points, 1.0 rebound and 2.0 assists in 34 minutes played as well. The defending NBA champions are struggling to score points. They were outscored  33 to 19 in the third quarter alone.

Meanwhile, in the 76ers’ rare 103-96 home loss against the Knicks on Monday, forward Furkan Korkmaz scored a team-high 19 points in 40 minutes spent on the court. Guard Tyrese Maxey ended his performance with 16 points, 9.0 rebounds and 5.0 assists in 39 minutes played. Philadelphia held New York to 14 points in the third quarter. Though, the Sixers were outscored 31 to 27 to close out their performance. The Knicks played the better overall game.

Furthermore, the total for Tuesday night’s Eastern Conference matchup is set at 218. Referencing the spread consensus, 79% of bettors are expecting the Bucks to cover the spread at Wells Fargo Center. Pertaining to the total consensus, 67% of gamblers are predicting the total will go under 218. Thus far, Milwaukee is 4-4 as a selected favorite, 0-2 as an underdog and 3-2 away, while Philadelphia is 6-0 as a favorite, 2-3 as an underdog and 4-2 at home.

For notable betting trends, the Bucks are 1-5 ATS in their last six performances. The total has gone under in seven of the team’s past seven games, too. The Bucks are 1-5 straight up in their previous six contests, and they are 4-1 ATS in their last five games played versus Philadelphia. To add to these betting trends, the total has gone over in four of their past five games when playing at Wells Fargo Center.

Pick the 76ers to win, they will cover the spread and the total will go under. Philadelphia is a 5.5-point favorite with BetUS.