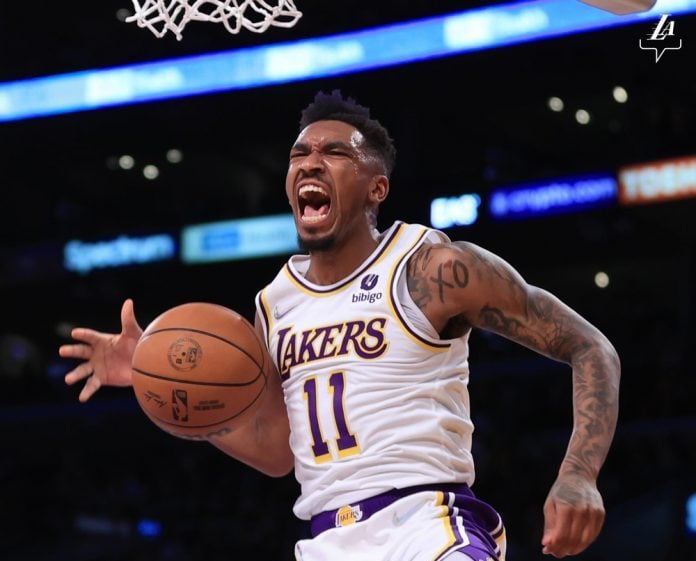 Malik Monk was in an unusual situation this past offseason. Former 11th overall draft pick became an unrestricted free agent following expiration his rookie contract with the Charlotte Hornets.

The 23-year-old point guard was picked by the Los Angeles Lakers. It turns out that the purple and gold was the only team interested in the player.

“It was crazy for me, man, because like you said I never see that many lottery picks that go unrestricted,” Monk said. “Kind of hit me hard when nobody really wanted me besides the Lakers, man.

“I just put fuel in my tank, man, and just held it in until the time I get time to play, man, and prove I belong for a long period of time. That’s what I’m doing right now. It was hard on me, it was hard for me.

“Sometimes some days I didn’t know what to think. Some days I was like ‘God go do what’s best for both of us’ and it’s been happening. I’ve been playing good and I’m gonna continue to keep doing that.”