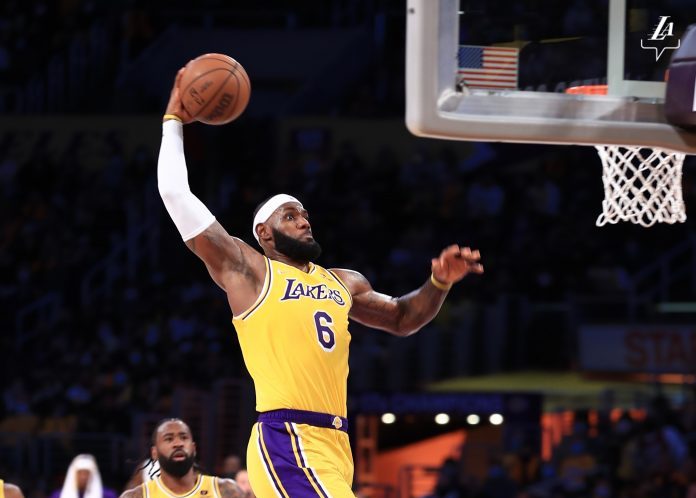 Los Angeles Lakers superstar LeBron James is averaging 32.5 points over the last 17 games. In his most recent appearance on the court he scored 33 points against his former team the Miami Heat.

It wasn’t enough for the purple and gold to take a road win though. After the game James, who played 40 minutes in this game, was asked if it is okay for him to be needed to score 30 points for the Lakers to be in some of these games.

“That’s just how the game’s been going,” the four-time NBA champion said. “I don’t need to score 30 a night but I’m in one of the best zones I’ve been offensively in my career and I don’t plan on stopping it. It’s just how I feel. I feel fantastic.”