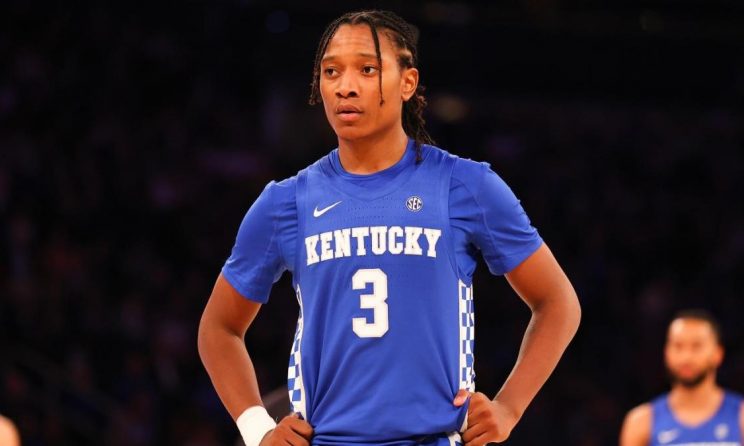 The No. 10 Kentucky Wildcats will try to bounce back from a season-opening loss when they host the Robert Morris Colonials of the Horizon League in the Kentucky Classic on Friday at Rupp Arena in Lexington, Kent. The Wildcats (0-1) opened the season with a 79-71 loss to No. 9 Duke in the Champions Classic on Tuesday at Madison Square Garden. Meanwhile, Robert Morris (0-1) dropped its season opener at Central Florida on Wednesday, 69-59. Kentucky and Robert Morris will be meeting for the third time ever, with the series tied at 1-1.

Tip-off is set for 7 p.m. ET. The Wildcats are favored by 23.5 points in the latest Kentucky vs. Robert Morris odds from Caesars Sportsbook, while the over-under for total points scored is 144. Before making any Robert Morris vs. Kentucky picks, be sure to see the college basketball predictions and betting advice from SportsLine’s proven model.

The SportsLine Projection Model simulates every Div. I college basketball game 10,000 times. Over the past five years, the proprietary computer model has generated an impressive profit of $2,200 for $100 players on its top-rated college basketball picks against the spread. Anyone who has followed it has seen huge returns.

Now, the model has set its sights on Kentucky vs. Robert Morris and just locked in its picks and CBB predictions. You can visit SportsLine now to see the model’s picks. Here are the college basketball lines and trends for Robert Morris vs. Kentucky:

Why Kentucky can cover

Kentucky has a deep and experienced roster. Because of an influx of transfers, key returners and an extra season of eligibility due to the COVID-19 pandemic, the Wildcats entered the season with more Div. I minutes (13,385) than any other team in program history since minutes were kept as a stat beginning with the 1964-65 season. The team also entered the season with 5,203 career points, the second most in school history. Only the 1995-96 national title team returned more, with 5,232 points.

In addition, Oscar Tshiebwe is coming off a dazzling debut for Kentucky. The 6-foot-9 transfer from West Virginia led the team in both scoring (17 points) and rebounding (19) in the season opener against Duke. He also shot 8-of-14 from the field and added two blocks, one assist and one steal.

Why Robert Morris can cover

While the Wildcats may be talented and experienced, they lack cohesion at this point in the season. Only one of Kentucky’s starters on Tuesday, Keion Brooks Jr., started for the Wildcats last season. Of the four others, three were transfers, and one was a freshman. Kentucky’s best ball this season likely will come later in the year after the players have had time to assimilate.

In addition, Robert Morris has had success against the Wildcats before. In the first round of the NIT in 2013, the Colonials shocked Kentucky, 59-57, to earn the biggest win in program history. That Wildcats team had won the national championship the previous season.

How to make Kentucky vs. Robert Morris picks

The model is leaning under on the point total, projecting 142 combined points. It also has generated an against-the-spread pick that cashes in more than 50 percent of simulations. You can get the model’s Kentucky vs. Robert Morris pick only at SportsLine.