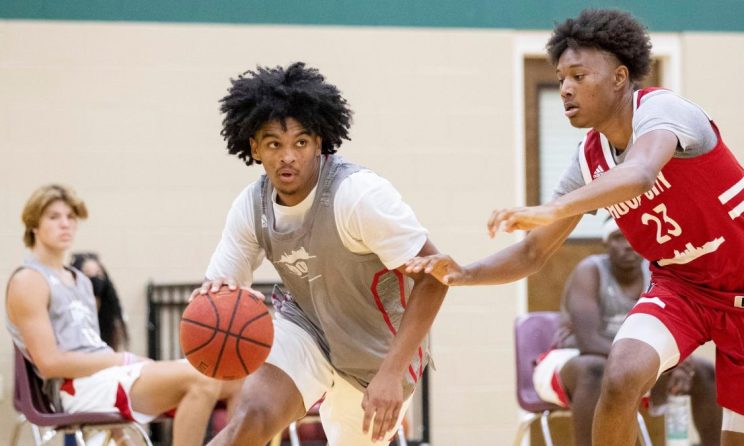 Kentucky landed a commitment Thursday evening from five-star Class of 2022 recruit Skyy Clark, the 21st five-star guard prospect to commit to the program since John Calipari’s hiring in 2009. Clark, the No. 14-ranked player in the 247 Composite for the Class of 2022, committed to UK in an Instagram Live appearance over a final group of suitors that included North Carolina, Memphis and UCLA.

The 6-foot-3, 200-pound Clark only recently began narrowing his options after Kentucky formally offered in July, trimming his schools to eight in August then to a final four in September. A junior for Nashville-Ensworth, Clark becomes the first commitment for the program in the 2022 class and, potentially, the future heir to the highly-coveted point guard position for the ‘Cats.

Kentucky enrolled the No. 1 overall recruiting class in the country this year led by top-40 guard prospects BJ Boston, Terrence Clarke and Devin Askew, who all could potentially be pursuing pro careers by Clark’s arrival. Boston and Clarke and shooting guards with one-and-done potential, while Askew is a scoring point guard who reclassified from 2021 to 2020 so he could kickstart his college career early.

Clark will give UK a lead guard with some similar traits as Askew: a combo guard who can score it and pass it at a high level. Here’s what 247Sports’ Director of Basketball Scouting, Jerry Meyer, wrote about his skill set when evaluating him earlier this week:

Great build for a combo guard. Powerful athlete with strength to make plays in traffic. Extremely smooth shooting stroke. Legitimate three level scorer with deep range. Creative scorer off the dribble. Passes and finishes well with either hand. Wired to score but sees the court and can deliver the timely pass. Good ball handler but has room to tighten his handle. Strong defender and rebounder. Also a versatile and opportunistic defender.

Kentucky has secured the No. 1 recruiting class in the country more times than not since Calipari took over the program in Lexington, Kentucky, and he’s done so in huge part because of top-end talents continually choosing to play their college ball for him at UK. Clark opting for Kentucky once again gives the program an early edge to boast a top-rated class, and once again, shows Calipari’s recruiting chops remain among the most effective in the coaching industry.