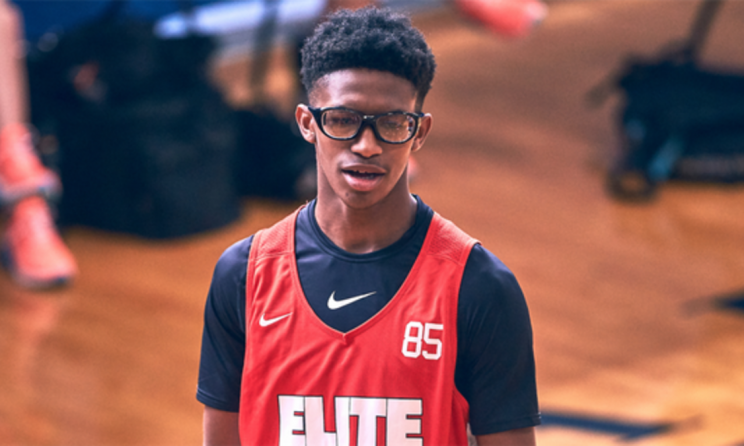 Kentucky landed its first five-star commitment and third overall commitment from the 2021 recruiting class on Saturday when forward Daimion Collins picked the Wildcats over Kansas, Oklahoma, Texas and Texas Tech. Collins is considered the No. 19 overall player in the class, according to the 247Sports Composite.

The 6-foot-9 prospect from Atlanta, Texas is regarded as a good shot blocker with enough athleticism to guard players on the perimeter. Collins joins 6-foot-7 forward Bryce Hopkins and 6-foot-2 guard Nolan Hickman in the Wildcats’ 2021 class, which is currently ranked 28th nationally. Both Hopkins and Hickman are considered top-50 players in the 247Sports Composite. Kentucky also remains in the running for several other top prospects. The Wildcats have finished with a top-three class in the 247Sports team rankings for 13 straight years.

Quite thin but has long arms and is quick off the floor as an explosive leaper. Highly mobile with good hands. Finishes with strength around rim and can score facing. Has potential to greatly improve as a face up player. Defensively, is a high level shot blocker who can also move his feet on perimeter. Can also rebound outside his area. Raw offensively in general but has great potential.