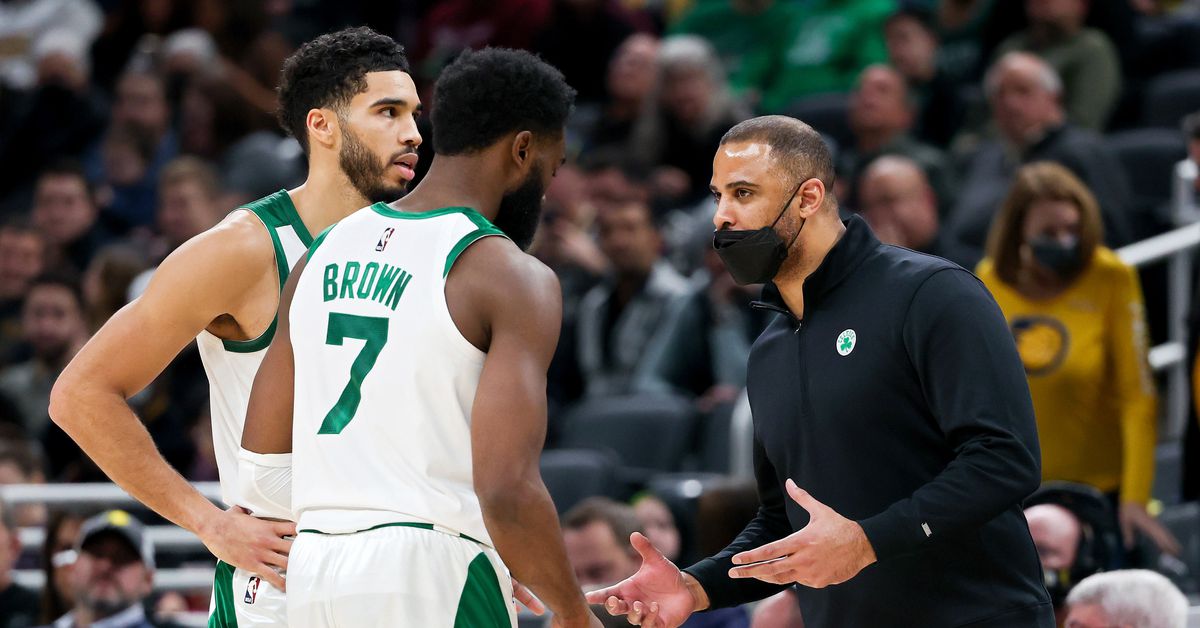 Not that it’s an issue in any way, but Jayson Tatum and Jaylen Brown aren’t necessarily the loudest duo. If they celebrate a big play, it must have been a biiiiiig play. If they leap off the bench to salute a teammate, their expressions often seem the most muted, especially when compared to the likes of Marcus Smart, Grant Williams, or hell, even Al Horford. But that’s not to say they aren’t blossoming as leaders, both on and off the court; if leadership was assigned based on how aggressively one emotes, Jim Carrey would be the president of the United States.

According to coach Ime Udoka and a number of their teammates, Tatum and Brown are visibly breaking free from their reserved tendencies to become more outspoken. “I’ve spoken to [Jaylen] and Jayson, specifically, about stepping up leadership-wise and being outside of their comfort zone,” Udoka said before Wednesday’s 113-107 win over the Charlotte Hornets, per the Boston Globe’s Adam Himmelsbach. “They are two guys who, for the most part, handle their business, stay to themselves, I guess not the most vocal. But it’s welcome, as I mentioned with Jayson, speaking at shootaround last week, so it’s welcome.”

In the past, though they were clearly the most skilled players on the roster, Tatum and Brown didn’t necessarily have to do the verbal heavy lifting. That would be on Al Horford, or Jae Crowder, or even Kyrie Irving (that went well). But now, as their stardom booms and their notoriety expands both within the team and leaguewide, more is expected from them. And, per their coaches and teammates, they’re stepping up.

“Guys listen to these guys when they speak up, being that they haven’t all the time in the past. It shows growth,” Udoka added. “But it’s not always seen by me. A lot of times the coaches are going back to the huddle, the coaches will tell me that [Tatum is] really vocal in the timeouts, speaking to guys, and so it’s great for him and our team and also shows improvement and that he’s really engaged and locked into improving himself and the team.”

Tatum, who was selected to his third-straight All-Star team last night, is obviously Boston’s go-to man. But it’s Brown’s leadership that has really taken the leap. Both in terms of his play, which has arguably never been better, and his involvement in schematic changes and crunchtime conversations, he’s been the Celtics’ bellwether, harping on focus and this team’s ability to streamline its communication moving forward.

“He’s really keeping everyone focused, telling us we need to be focused, need to be locked in,” Al Horford said. “Need to prepare for the game, take care of the game-to-game type of thing. There’s a real sense of urgency in our group with that.”

Josh Richardson echoed Horford’s sentiment: “That’s good for our team. He spoke in the meeting the other day and before games, he’s speaking in huddles. I think that’s good coming from one of your top guys.”

Perhaps that’s why the Celtics have won five of their last six games and are currently riding a three-game win streak. They’ll look to continue that, led by the Jays’, against the Pistons tonight in Detroit.