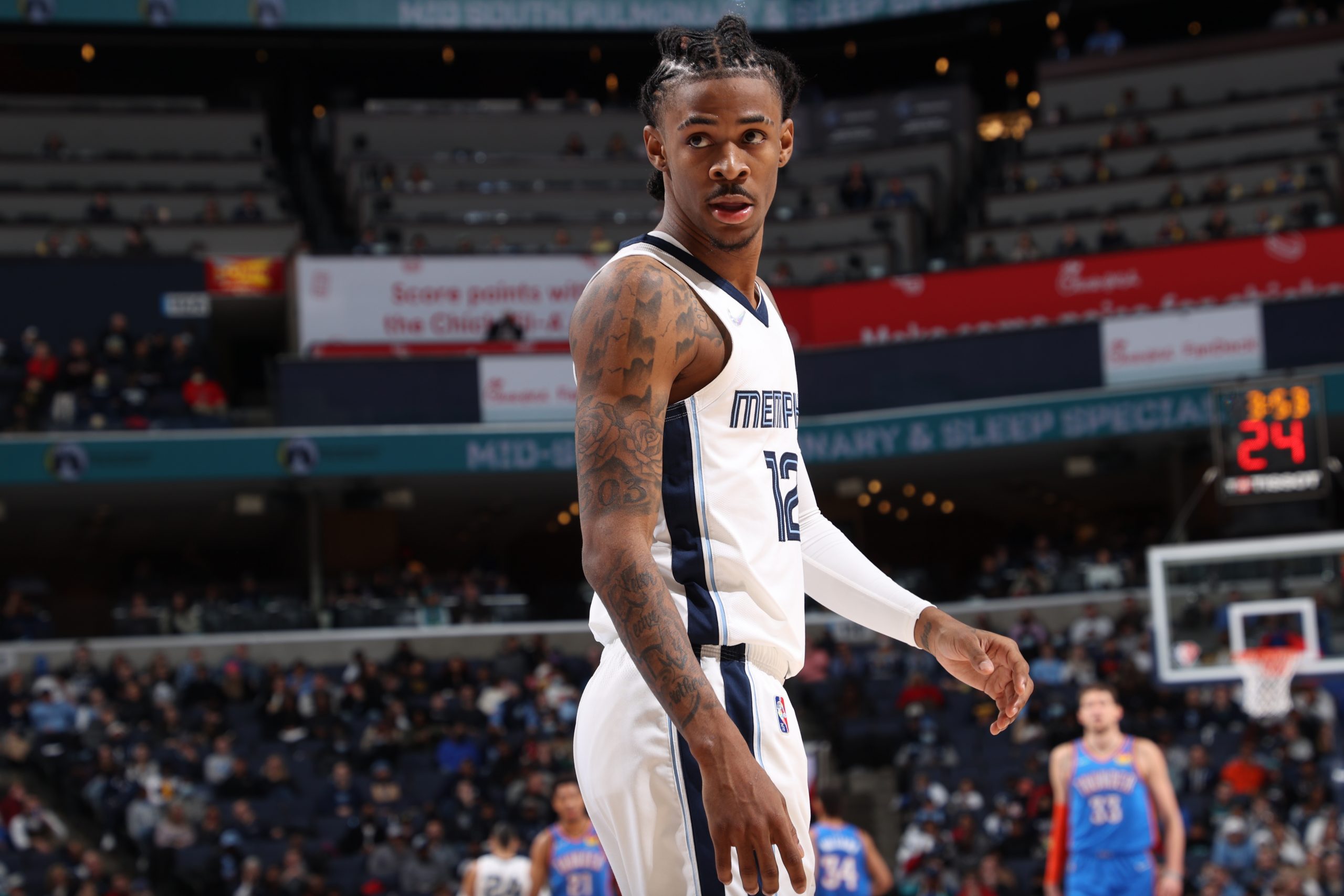 Grizzlies guard Ja Morant returned to action Monday night after missing three weeks due to a knee sprain. Instead of friendly welcomes, Morant received hurtful remarks from the sidelines during the Grizzlies 102-99 loss against the Thunder.

Early in the season, Memphis got off to a rough start struggling to find a notable seed in the East with a 9-10 record. Once Morant went down back in November, the Grizzlies went on a 10-2 run making their way to the fourth seed.

Morant made his return against OKC, a team the Grizzlies destroyed by a historic 73 points a few weeks ago but coincidentally fell short to last night. In turn, Grizzlies fans pinned the blame on Morant telling him to ‘sit back out.’

Despite the turn of events, Morant posted 16 points, six rebounds, and eight assists.

Following the loss, Morant did not shy away from the fact that the lack of support and blame hurt him:

“Even during the game, I was running down the court, and I heard some of my fans courtside tell me I need to sit back out,” Morant said. “So, I just don’t understand what they wanted to get out of that. I feel like that just makes it worse.

“I’m just frustrated. Normally, y’all have seen it, when anybody says something negative about me, it fuels me,” Morant continued. “But, tonight, the remarks from the fans actually hurt. I’m going to do what I normally do and bounce back, and I’m very excited for this next game.”

Later that night, Morant tweeted that he was taking a break from social media “for a while” but later deleted the tweet replacing it with a change of heart that read “appreciate da real ones.”