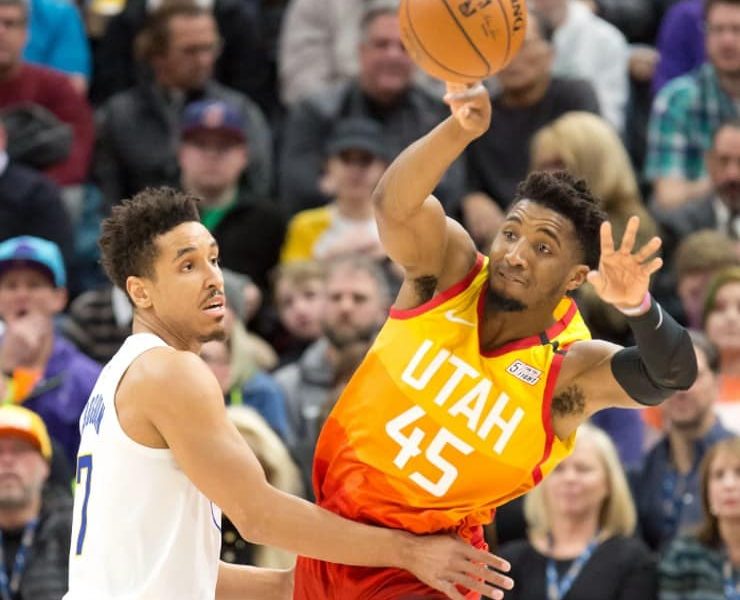 ESPN’s Basketball Power Index: Jazz have a 84% probability of winning

Referencing Land of Basketball’s statistics, based on 92 regular season games played all-time between the Jazz and Pacers, these two teams are 46-46 against one another. Nonetheless, in the previous three head-to-head meetings, Utah is 3-0 versus Indiana. On Apr. 16, 2021, the last time these teams faced off during the regular season, the Jazz won 119-111 at Vivint Arena. Additionally, the teams are split 5-5 in their last 10 head-to-head contests.

On Wednesday morning, Jazz players Jared Butler and Udoka Azubuike were assigned to the Salt Laker City Stars for practice. Through nine NBA games, Butler is averaging 1.3 points and nearly 1.0 rebound and assist per game. Though, he is also averaging just five minutes played per game. As for Azubuike, the 6’10” center has played only one game in the NBA. He was selected 27th overall in the 2020 NBA Draft.

Jared & Udoka were assigned to the @slcstars for practice this morning.

He continues to make progress towards a return and is currently participating in controlled court work.

He will be re-evaluated November 15th.

Moreover, in the Pacers’ 101-98 road loss versus the Nuggets on Wednesday, guard Malcolm Brogdon led his team in scoring, putting up 25 points in 35 minutes played. Forward Domantas Sabonis ended his performance with 20 points, 19 rebounds and 2.0 assists in 33 minutes of action as well. Despite losing, not only did Indiana out-rebound Denver 48 to 39, the team outscored them 56 to 42 in the paint.

Statistically, the Pacers could have won the game. While the defense was sufficient, their offensive production is lacking. They shot 40-for-84 (47.6%) from the field and 11-for-31 (35.5%) from behind the arc. After losing by three points, Indiana has now lost six of its past 10 games. The team is now 1-6 away and 3-4 ATS away this season.

Meanwhile, on Tuesday, in the Jazz’s 110-98 home victory over the Hawks, guard Donovan Mitchell scored a team-high 27 points in 32 minutes spent on the court. Plus, forward Bojan Bogdanovic had 18 points, 1.0 rebound and 1.0 assist in 31 minutes played. The Jazz out-rebounded the Hawks 44 to 32, and they outscored them 42 to 34 in the paint.

Furthermore, the total for tonight’s interconference contest is set at 215.5. According to the spread consensus, 64% of gamblers are anticipating the Jazz will cover the spread. Regarding the point total consensus, 71% of bettors are hoping the total will go under 215.5. Thus far, Indiana is 2-4 as a selected favorite, 2-4 as an underdog and 3-4 ATS away this season, whereas Utah is 8-3 as a favorite, 0-0 as an underdog and 3-1 ATS at home.

On the other side, the Jazz are 8-3 SU in their last 11 performances. And, the total has gone under in six of the team’s past eight contests. Also, the total has gone under in seven of Utah’s previous eight matches versus Eastern Conference opponents. Lastly, they are 6-1 ATS in their last seven games played on a Thursday, and 12-4-1 ATS in the team’s past 17 games played against Central Division opponents. So, think about picking the Jazz to win, but the Pacers will cover the spread.

Pick the Jazz to win at home, the Pacers will cover the spread and the total will go under 215.5. Utah is a 10-point favorite with BetUS.