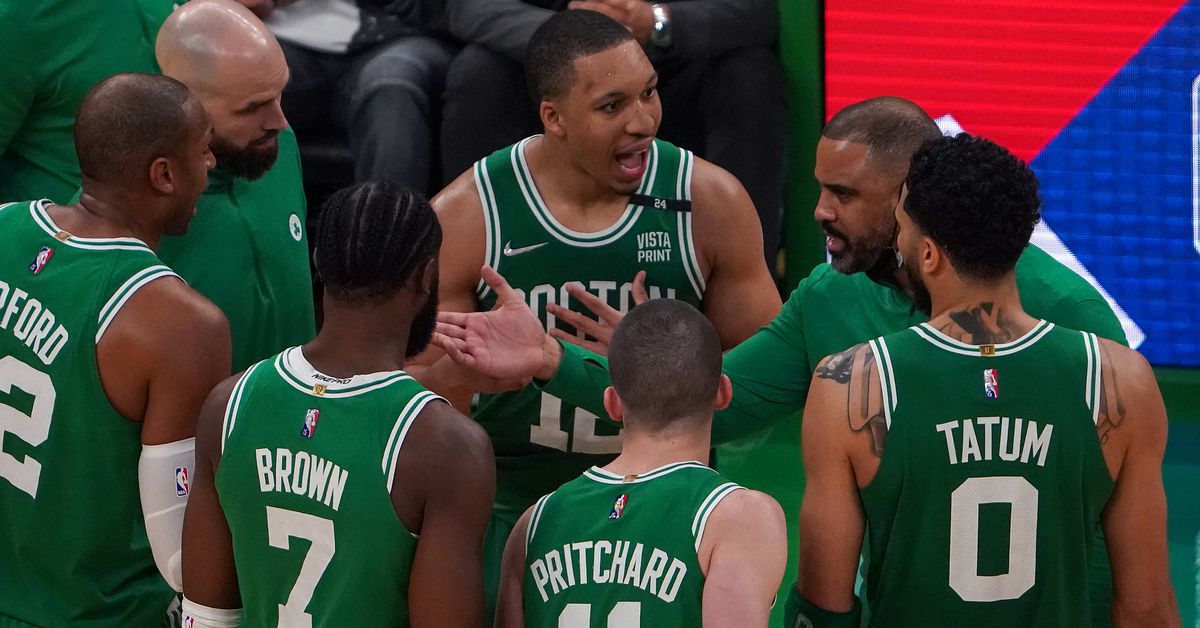 Basketball games are roughly two hundred possessions long. But in the playoffs, a handful of moments that might seem inconsequential in the fast flow of the game suddenly become bigger at the buzzer of a two-point game. After clawing back from a 13-point deficit in the third quarter, Boston took a brief lead in the 4th, but lost 103-101 in the closing seconds of Game 3.

Under a microscope, a bunch of plays now look awful in a two-point loss. The Antetokounmpo goaltend on Tatum’s floater. The Antetokounmpo elbow on the Tatum breakaway dunk. Portis’ elbow knocking out Robert Williams. And then, obviously the Holiday foul on Smart at the end of the game that was called a reach-in for two free throws rather than a shooting foul for three.

“It was a foul. He caught the ball (and) he was turning into a shot (with) both feet set. You can’t say that was a sweep like that when you’re going into a shot. Poor call. Poor no-call,” Udoka said about Smart’s final attempt from behind the arc with Boston down 3 looking to send the game into overtime. “You can clearly see it in person and I saw it on the film. He’s curling into a shot and getting fouled on the way up. Bad missed call.”

Naturally, the Bucks sidelined saw it a different.

“Marcus Smart tried to do the Durant sweep through thing. Fortunate that it was two free throws, but we were not trying to foul,” head coach Mike Budenholzer said of Holiday’s arm swiping down on Smart’s shot and hitting him with the body.

Marcus Smart on the late foul: “I was already in my shooting motion, I thought it should of been three (free throws).” pic.twitter.com/IZOO0OusRn

With 4.6 seconds left on the clock and Boston down 3, it would have made little sense for Smart to even attempt a sweep through move. “What’d you guys see? I would like somebody to answer that,” Smart answered when asked about the late-game foul. “We need 3 with 4.6 seconds. They know we need 3. We know they’re going to foul. It’s not like (Holiday) got me when it was down low. I was already in my shooting motion. I thought it was three free throws. They said it wasn’t. Deal with with it.”

According to Smart, when pressed for an explanation, the referees didn’t give one, “looked at me funny, and went to the free throw line.”

Ain’t no way that wasn’t a shooting foul

It wasn’t just that one play that drew the ire from the Celtics bench. Throughout the game, Antetokounmpo’s reckless drives and the inconsistent whistle frustrated Boston.

“Let me talk to the refs. Let (Milwaukee) b$#@! at the refs,” Udoka said. “Let’s keep playing. We invite that physicality and don’t want to be the team crying about it.”

To Boston’s credit, they commended Antetokounmpo’s physical play. Horford said, “I think he was aggressive. I think he understood this was an important game.” But from Boston’s perspective, they should be able to match his physicality with theirs or the refs need to wear kid gloves on both sides of the floor.

“(The officials’) explanation is that if they don’t fall down, they don’t call it. I’m going to have to teach my guys to flop more,” Udoka said.