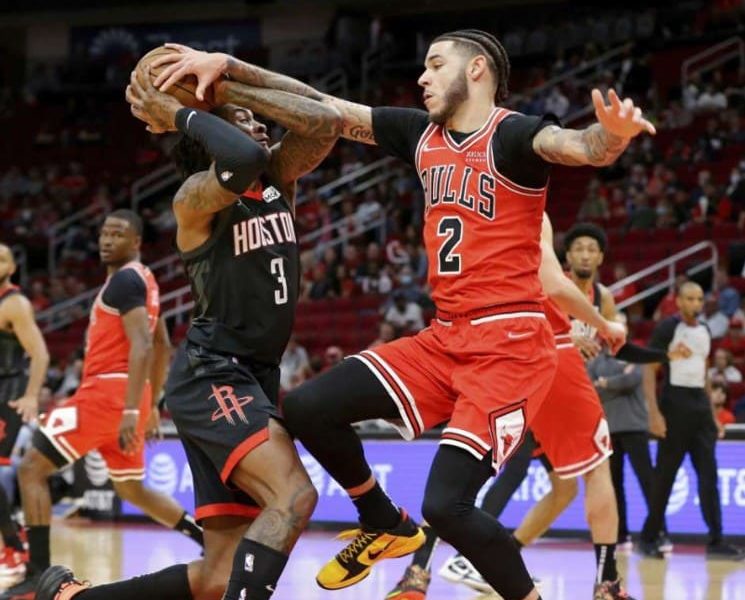 In Monday night’s interconference contest, the Houston Rockets (15-15) are playing the Chicago Bulls (15-15) at United Center. Will DeMar DeRozan and the short-handed Bulls earn their first head-to-head win this season against the Rockets?

Leading into tonight’s matchup, the Rockets are 16-13-1 against the spread in the 2021-22 NBA regular season, whereas the Bulls are 17-11 against the spread. The start time is 8 p.m. ET, and the game will air live via AT&T SportsNet Southwest, NBA League Pass and NBC Sports Chicago. According to Land of Basketball’s database, these two competitors have played one another 142 times during the regular season all-time. Houston is 72-70 versus Chicago. Though, in the previous three meetings, the Bulls are 2-1 against them.

On Nov. 24, 2021, the first meeting of the regular season, Houston defeated Chicago 118-113 at Toyota Center. Of course, that win snapped the Rockets’ 15-game losing streak. Aside from the players in quarantine due to COVID-19, there is one noteworthy fact concerning the Bulls at this moment. Thirteen-year veteran DeMar DeRozan is leading the NBA in fourth quarter points, averaging 8.2 points per fourth quarter. Thus far, in a total of 25 games played this season, DeRozan is averaging 26.8 points, 5.2 rebounds and 4.2 assists per game. His field goal shooting percentage is also 49.6%.

DeMar DeRozan leads NBA with 8.2 points per 4th quarter. Want to know why?

This quote helps explain: “It’s an honor to be trusted in those moments. I never take it for granted. It’s an adrenalin rush that you can’t duplicate.”

Rockets guard Armoni Brooks, who was out in Detroit on Saturday, listed as questionable for tomorrow in Chicago. Green, Porter Jr. remain out.

Furthermore, on Saturday, in the Rockets’ 116-107 road win over the Pistons, center Christian Wood scored a team-high 21 points in 30 minutes of action. Guard Eric Gordon contributed 18 points, 1.0 rebound and 5.0 assists in 28 minutes played as well. In the first quarter, the Rockets outscored the Pistons 38 to 30. This was a less amusing matchup, but it was a great win for Houston.

Referring to ESPN’s Basketball Power Index, the Bulls have a 59.5% probability of winning.

Meanwhile, in the Bulls’ 115-110 home win versus the Lakers on Sunday, forward DeMar DeRozan led his team in scoring, putting up 38 points in 34 minutes played. Lonzo Ball and Nikola Vucevic both scored 19 points, on top of Vucevic finishing with another career double-double. In the fourth quarter, the Bulls outscored the Lakers 32 to 26.

As for the Bulls, they are 5-2 SU in their last seven performances. Also, the total has gone over in four of their past six contests versus Western Conference opponents. And, Chicago is 6-3 ATS in the team’s previous nine games played in December. All things considered, think about picking the Bulls to win. However, the Rockets could cover the spread. If you are aiming to become a successful bettor, check out our handicap betting guide.

Pick the Bulls to win, the Rockets will cover the spread and the total will go over 222.5. Chicago is a seven-point favorite at home with BetUS.