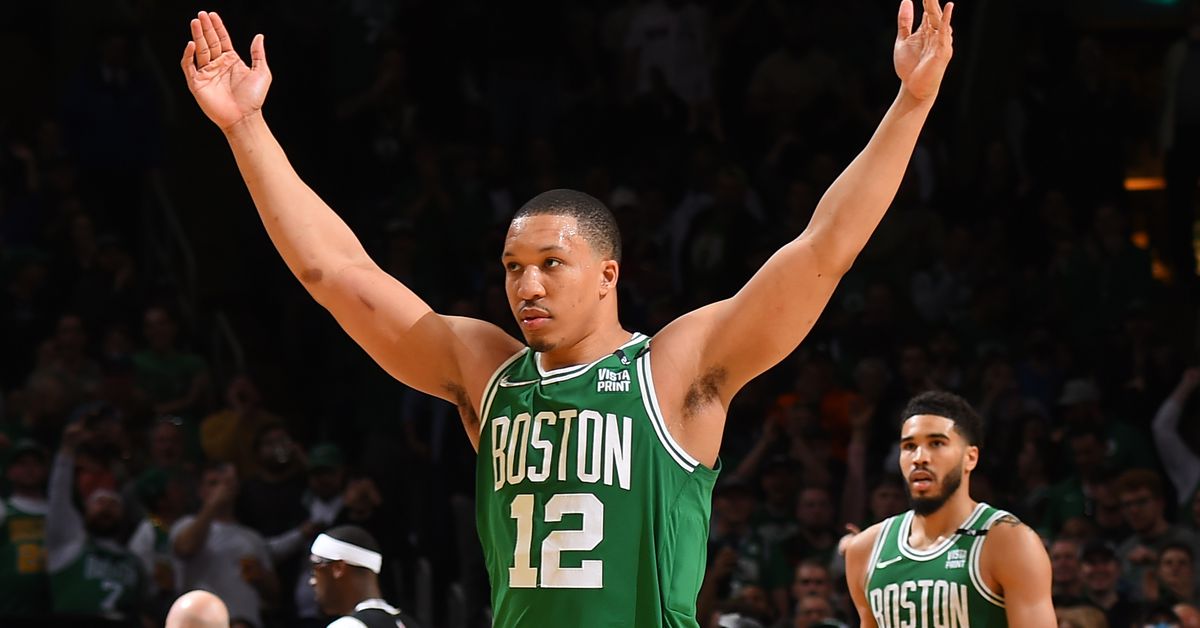 In our CelticsBlog Slack channel, we took an informal poll of how many three-pointers the Celtics should take in Game 2. Between 30-40 was the overwhelming winner. On Tuesday night, Boston took a modest 43 and made 20 (a playoff franchise record) after chucking up 50 in Game 1. With Milwaukee packing in the paint and daring Boston to shoot from outside, the Celtics knew that they’d have to make shots, but they were more aggressive in hunting better ones.

“It’s a term we use: ‘good to great,’” Jayson Tatum said after leading the team with eight dimes in the 109-86 blowout of the Bucks. “Pass up a good shot to get a great shot.”

The Celtics assisted on 28 out of their 38 made field goals and while they still shot a majority of their shots from behind the arc, there was more purpose to their offense and they matched Milwaukee’s defensive physicality with multiple paint touches and whip-smart passing.

“We wanted to get into the paint as much as we can. Take the floater or runner. We missed a lot of drop offs and kick outs last game, so that was a big part of it,” head coach Ime Udoka said. “Not just settling on the contested three, but attacking certain guys closing out on the perimeter. We felt that we let them off the hook so to speak with (Brook) Lopez and some of those guys closing out hard. Tonight, it was different as far as attacking them. We got much easier shots.”

Tatum and Jaylen Brown combined for 59 points on an efficient 21-of-38 from the field (11-for-20 from 3) and 14 assists, but it was Grant Williams 21 and stout defense on Giannis Antetokounmpo that cast him more as a Batman than Robin. More so, instead of just standing in the corners for kickouts, Williams was active off the dribble and moving the ball.

A Monday film session revealed more good than bad in Boston’s Game 1 loss and more importantly, identified areas that they could attack. Milwaukee defended shooters well in the opener, but the Celtics turned the table on their opponent’s aggressiveness and targeted certain Bucks on their close outs (read: their big men).

It was a point of emphasis for Udoka heading into Game 2. “Offensively, getting downhill, attacking a little bit more,” Udoka said of Milwaukee’s pack-the-paint D. “They have good rim protectors and crowd the paint, but it’s not Wilt Chamberlain out there.”

Good to better to great. That might have been the pièce de résistance of the evening.

“It was fun. It was actually hilarious because I think in that one possession, JB ball faked to me twice in the corner. He ball faked to me, took a dribble, ball faked me again, and threw it to JT, JT threw it to Al and laid it up,” Williams said. “I was sitting there, like, ‘huh, I’m kinda open,” but I was like, ‘we got a lay-up so, let me get back on defense.’”

It’s a point that Tatum reiterated after being the initial driver on a play where drew multiple defenders, kicked out, kept moving, and hit two clutch open 3’s down the stretch to close out the Bucks.

“It’s all about pass and relocate. You don’t want to pass and just stay in one spot. Just always try and find a spot open on the court,” Tatum said. “It’s a read we drilled in practice and watched in film. I think it’s just the chemistry of guys knowing where you should be at, whoever it is.”