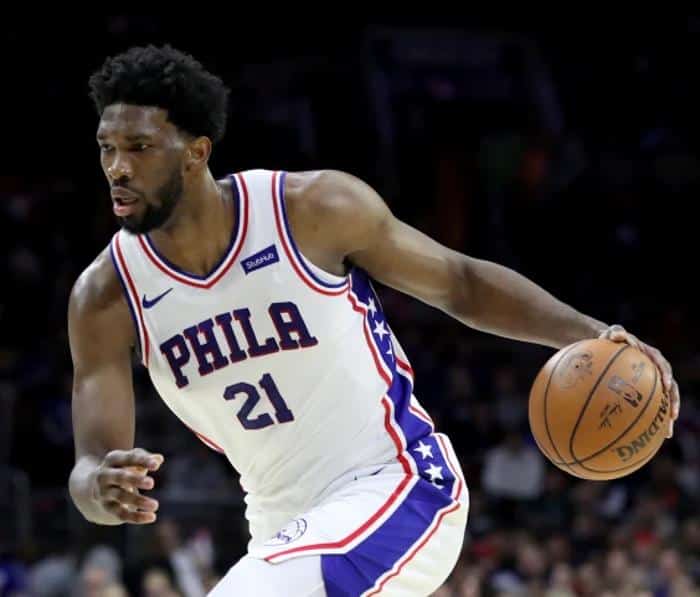 On Saturday, the Golden State Warriors (21-4 SU, 17-7-1 ATS) kick off a five-game road trip when they meet the Philadelphia 76ers (14-12 SU, 12-14 ATS) at the Wells Fargo Center. Will the Warriors start their road trip with a win or will the 76ers return to their recent winning ways?

For the Warriors, Andre Igoudala (knee) is questionable with a knee injury while James Wiseman (knee) and Klay Thompson (achilles) will remain out with their long term ailments.

For the Sixers, the injury report remains clear. Ben Simmons (personal) will remain out and Grant Riller (shoulder) will be out as well.

Prior to getting blown out on Thursday by the Jazz, the 76ers had won three straight games after losing to the Celtics by just one. In fact, since Joel Embiid returned to play, they are 4-3 with two one-point losses. That one to the Celtics, and another to the Timberwolves in overtime in his first game back from injury.

The bulk of their issues have come from poor shooting. They are 25th in the NBA in eFG% and 22nd in three-point % over their last seven games. Whereas on the season, they are the 12th best three-point shooting team. We saw this play out pretty clearly in their game against the Jazz on Thursday. The Sixers shot an abysmal 6-33 (18.2%) from three and, if they had just made a couple open shots in the second half, would have brought that game down to the wire. So, a big key for the Sixers getting back on track will be making shots, plain and simple.

The good news for the Sixers is their defense has improved considerably. While they rank 20th in the NBA in Defensive Rating this season, they rank 11th in the last ten games.

Around him he has Draymond Green, Jordan Poole, Andrew Wiggins and plenty of others playing well and operating like a well-oiled machine. When we think of the Warriors, we automatically assume offense. While they have a top five offense this season, it’s their defense that has (at least to me) been the real show stopper.

Not only do they have one of the best defensive players in the NBA in Draymond Green, but they also boast lengthy defenders like Wiggins, Payton II, Toscano-Anderson and Igoudala. They play with a high level of IQ and rarely allow their opponents to get open looks.

For this matchup, though, there is something interesting to note. The Warriors allow the second most field goal attempts per game from 5-9 feet out, per NBA Advanced Stats. The 76ers, on the other hand, shoot the 4th most field goal attempts per game from that range, mostly thanks to Joel Embiid’s soft touch around the rim as well as Tobias Harris’ short pull up shots.

This feels like a tough spot for the Warriors, traveling west to east to face a motivated 76ers team off a loss in which they shot 18% from three. Additionally, I like Joel Embiid’s outlook in this game. I think he’ll get a lot of opportunities to take close shots around the rim, and with his feathery touch, he can put up 30-40 points and lead his team.

I backed the 76ers against the Jazz as 3.5 point home underdogs on Thursday and got burned. But I expect the shooting to be better for Philadelphia tonight, as they bring this game down to the wire. Additionally, it seems like the entire world is betting on the Warriors in a nationally televised game here. 92% of the money is on the Warriors alongside 67% of the tickets, but the line opened at GSW-4 and has fallen to GSW -3. I like the contrarian spot to back Philadelphia here as short home underdogs. It’s ugly, but I think it pays off.