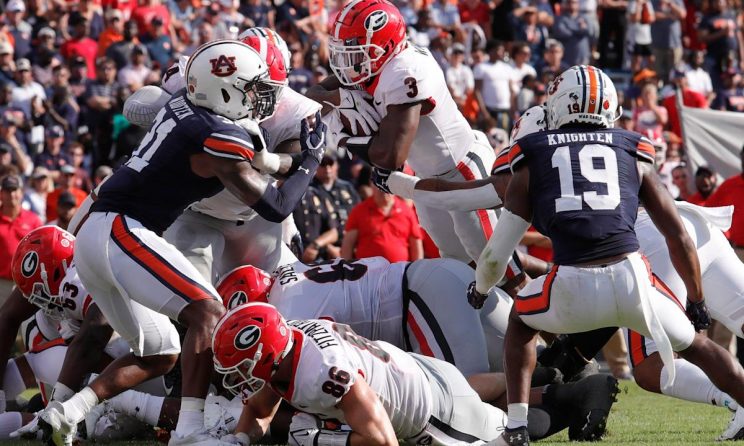 Much can change in one week. Georgia is the new and unquestioned No. 1 in the USA TODAY Sports NCAA Re-Rank 1-130, replacing an Alabama team that held the top spot from the preseason until Saturday night’s loss at Texas A&M.

The Bulldogs have decimated a run of non-conference and SEC opponents behind the nation’s top defense, which has allowed just three touchdowns through six games and none in the first half.

The Crimson Tide drop to No. 4 after falling to the Aggies, who soar 19 spots to No. 24 after pulling off the biggest shocker of the regular season.

Georgia running back Zamir White (3) scores a touchdown during the second quarter against at Jordan-Hare Stadium.

HIGHS AND LOWS: Winners and losers from Week 6 in college football

And there’s been a change at the bottom: Connecticut is back to No. 130 after losing to Massachusetts, which climbs one whole spot to No. 129.