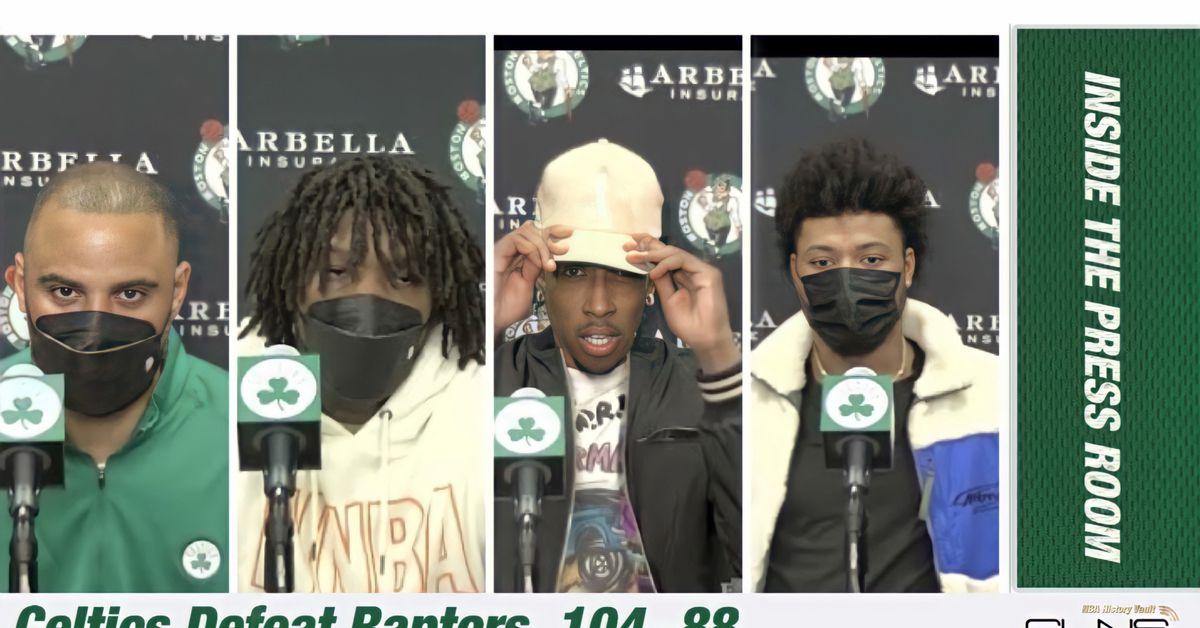 The saying, “negativity is contagious” never seems to fail in truth. Surrounding ones self with negative attitudes can become very “contagious” and create a dark vibe in a team sport. It’s a hard place to climb out of. In team sports, losing only compounds the negative attitude that may be lurking in the gym.

It’s true in life, and in sports. It’s especially true in trying to form team chemistry. Rarely can that cohesion exist in games without a general sense of team unity.

Nothing can be more true for the Boston Celtics for the first weeks of the new NBA season.

The Locker Room videos display this perfectly. We get our first glimpse of a group that may just be developing into a team. Let’s hope the green team can keep their heads held high and start to find the swagger they lost last season. If they continue to put forth effort like Wednesday night, the narrative may be shifting in the hot-take media (I’ve been included in that bunch by fans from time-to-time) and the Celtics may just be turning the corner in time for Jaylen Brown to return.

Coach Udoka said: “We’re learning the intensity and effort it takes to win every night.” The Celtics have clearly improved defensively, as they’ve held three of their last four opponents to under 90 points or less.

BOSTON, MA — Robert Williams spoke with media after the Celtics closed out their first home win of the season, beating the Toronto Raptors 104-88. When talking about the team’s development and chemistry, Williams said “I feel like we’re coming together off the court more…we’re basketball players, but we’ve got to build that bond, that strength of knowing that I can go to war with these guys.”

When asked about the aftermath of his comments directed at teammates Jayson Tatum and Jaylen Brown, Smart pushed past the question and said “It was a great game” and that they were looking forward to Friday’s game against the Milwaukee Bucks.”

Richardson spoke on his health and improved performance of late with the team, crediting Robert Williams and his effort for the team’s improved defense.

If you want all Celtics content only, check out CLNS’ Celtics All-Access Channel. For historical videos, podcasts from NBA Legends and an assortment of other archived footage from the Celtics and Lakers and the other NBA75 teams, check out my new channel, CLNS’ History here.