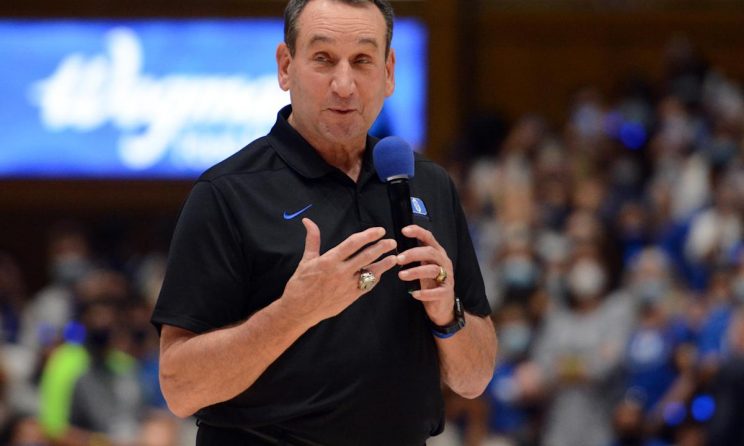 When Duke men’s basketball coach Mike Krzyzewski faces off against archrival North Carolina for the final time in his hall of fame career, you can bet it will be a tough ticket.

That’s the price one fan paid to be courtside at Cameron Indoor Stadium for the Blue Devils’ regular-season finale on March 5. Krzyzewski revealed last week on the ACC Network’s “Packer and Durham” show that the tickets were purchased at a charity auction for the V Foundation for Cancer Research in August.

“I’ve been fortunate to be on the V Foundation since (late N.C. State coach) Jimmy (Valvano) and I were brothers. And so I host, with my family, the wine festival in Napa. We’ve done it for 14 years,” Krzyzewski said. “And this past year we raised $12 million. It’s a big event. And the first auction item was four tickets to that game, and it went for one million dollars.”

The winning bid “took my breath away,” Krzyzewski said after the auction. “The honor I felt for my team, my family and my legacy was overwhelming. This inspirational moment set the tone for the entire evening.”

OK, so the money for those four ultra-expensive tickets will also serve as a donation to cancer research. What about the regular tickets themselves?

According to the latest listing on the ticket resale site StubHub, a pair of tickets will cost from a low of $5,990 each to a high of $50,500 apiece.

Krzyzewski is retiring at the end of the upcoming season after 47 years in coaching, the last 42 of them at Duke.