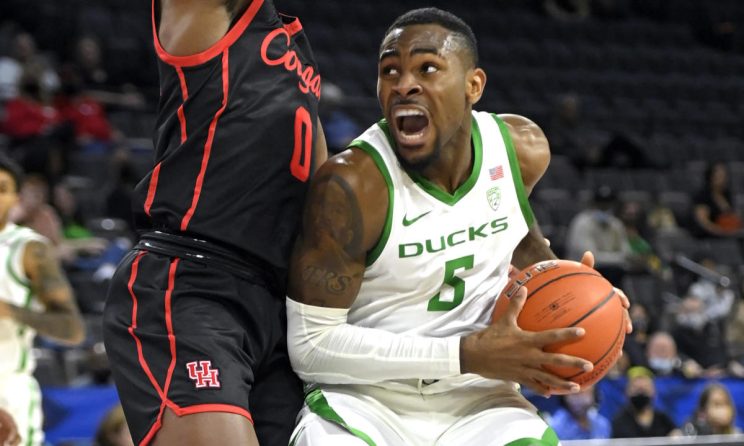 Two games into the season, the Oregon Ducks men’s basketball team was flying high, and worries about Dana Altman piecing together a roster full of new players did not seem to be much of a concern. The Ducks dispatched with both Texas Southern and SMU with ease, and they played as a cohesive unit that was highly talented on offense and committed on defense.

Ever since those two games, though, that team seems to have gone missing.

The Ducks are coming off of a few abysmal losses, with three of their past four games ending in defeats of 20-points or more. Two of those games, against Houston and BYU, were decided by more than 30 points. Something is not right, and we’re not sure what went wrong.

“We have a long way to go,” Altman said after Wednesday’s loss to Houston in the third-place game at the Maui Invitational. “How we’ve regressed so far in two weeks just shocks me.”

A lot of the Duck’s problems seem to stem from the offensive side of the ball. They’ve been largely unable to find the bottom of the net in this recent stretch, where the team is shooting just 36.2% from the field in the last three losses.

Is it time to panic for Duck fans?

Not quite yet, would be my advice. We knew coming into this season that with so many new pieces, it was going to take some time for Altman to fit everyone together and have the squad working on the same page. A couple of early-season triumphs might have thrown us off the scent for how far this team still has to go before we can consider them Pac-12 favorites. It’s clear now that they are absolutely a work in progress.

There’s a lot of progress left to be made, as well.

If Oregon still looks this inept a month from now, you can start thinking about hitting that panic button. For now, let’s try to keep a level head, though. There’s a lot of basketball yet to be played.

Everything we know following Oregon’s 78-49 loss to No. 12 Houston