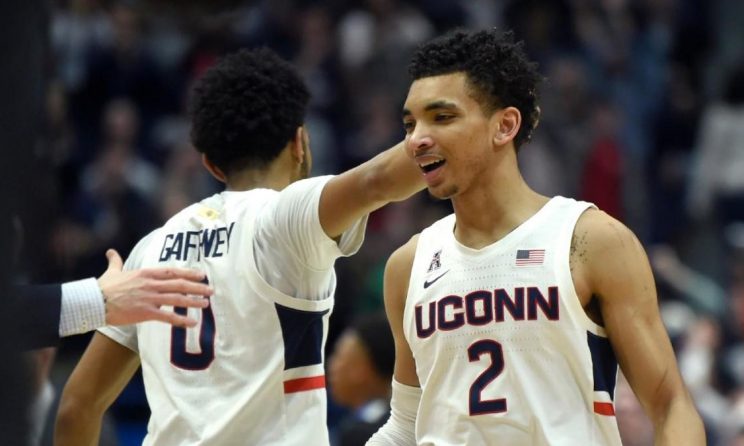 What exactly the college basketball season will look like remains somewhat mysterious, even as the scheduled start of the regular season is less than a month away. But one thing is clear: leaders in the sport are determined to have an NCAA Tournament in 2021. It means some programs that were poised to snap NCAA Tournament droughts last season are gearing up to make another run at the Big Dance this season, even if that requires wading through a disjointed regular season.

There are a handful of programs with proud legacies that have been noticeably absent from the 68-team field for a few years running now. In a sport where legacies are largely defined by NCAA Tournament success, failing to even qualify can leave fan bases frustrated. Just look at Indiana and Illinois. The Hoosiers last made the NCAA Tournament in 2016, while the Fighting Illini have been absent since 2013.

They are just two among a group of schools that appear to have rosters to end multi-year Big Dance droughts this season. So which teams that have been absent from the NCAA Tournament for three years or longer are the best bets to get back in the field this season? Our team of writers weighed in for this week’s Dribble Handoff.

Rutgers was on track to snap its 29-year drought of NCAA Tournament appearances last season — and then, of course, the COVID-19 pandemic hit and canceled everything. That’s the bad news. But the good news is that the Scarlet Knights should be just as good this season, if not better, thanks to the fact that they’re returning seven of the top eight scorers from that team that finished 28th at KenPom.

So I believe in Steve Pikiell and what he’s doing. But, truth be told, I am anxious to see whether his team can replicate its success without the incredible homecourt advantage a sold-out RAC provided last season when the Scarlet Knights finished 18-1 at home with victories over eventual Big Ten co-champions Maryland and Wisconsin. Do I think they’ll be fine? Yes, I do. That’s why I’ve listed them here. But it seems inevitable that Rutgers will be playing its home games in front of no fans, or very few fans, because of a pandemic that rages on. And it’s at least possible that, as a result, the Scarlet Knights will be a little more beatable at home without that fired-up fanbase thirsty for success cheering them on. — Gary Parrish

I wanted to pick a program that’s faced a real drought and that is no sure-sure thing to get back. (Unlike, say, Illinois.) A great candidate for this is the Stanford Cardinal, who last made the NCAAs in 2014 under Johnny Dawkins. Stanford brings back arguably a top-five Pac-12 player in power forward Oscar da Silva and brings in arguably a top-five freshman in Ziaire Williams. Nearly 80% of the roster is back from a team that ranked No. 7 in defensive efficiency at KenPom in 2019-20. And the Cardinal got to 20-win mark last season for the first time in five years. I don’t think this will be a top-three team in the Pac-12 but I do think the Pac-12 will be a minimum five-bid league, so when that happens, Stanford should make its way into the NCAAs with room to spare. It was a little bit fraudulent against good teams last season, but a year to grow should clear the way for this group to over between that 25-35 range overall in the sport. — Matt Norlander

UConn’s posted losing records in three of its last four seasons, a far cry from the powerhouse of old that once won three NCAA Tournaments in a span of 10 years. But Dan Hurley’s got the Huskies trending upwards in 2020 thanks to the return of James Bouknight, and optimism abounds that in a return to the Big East, they can get back to their winning ways. UConn did lose its leading scorer from a season ago but it gets back its second- and third-leading scorers while adding highly-touted transfer R.J. Cole, who last averaged 21.4 points per game at Howard two seasons ago, to the fold. — Kyle Boone

Few teams had more reason to be upset about last season’s NCAA Tournament’s cancellation than Illinois. The Fighting Illini had won five of their last six games entering the Big Ten Tournament and were riding high into what would have been their first appearance in the Big Dance since 2013. The opportunity seemed especially fleeting when leading scorers Ayo Dosunmu and Kofi Cockburn declared for the NBA Draft following the season. Had the 2019-20 season merely been a blip on the radar of national relevancy for a proud Illinois program?

Actually, no. When Dosunmu and Cockburn removed their names from draft consideration, it immediately made Illinois one of the favorites to win college basketball’s toughest conference. Combined with what should be a solid supporting cast, the duo is poised to not only lead Illinois back to the NCAA Tournament but potentially past the event’s first weekend for the first time since the program’s 2005 run to the national title game. — David Cobb