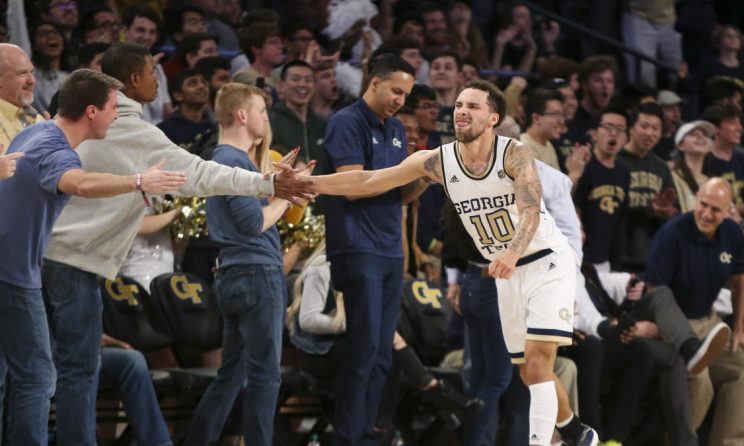 With the scheduled beginning of the college basketball season just three weeks away, senior writer Matt Norlander published his annual ranking of every Division I team this week in the form of a three-part series. Unlike our our collaborative preseason All-American teams, major conference predictions and upcoming ranking of the sport’s top-100 players, the Nos. 1-357 ranking was all Norlander’s undertaking.

So for this week’s edition of the dribble handoff, Gary Parrish, Kyle Boone and David Cobb are playing the role of critic. While Norlander is surely receiving some flack from fans — and maybe even a few coaches — around the country for where he ranked some teams, we’ve decided to pile on a bit.

Don’t worry, Norlander. None of us desire to take this monstrous task from you in future years. We have deep respect for the grind required to rank all 357 teams and write something coherent about each one. But here is our feedback nonetheless on the teams that were most underrated in your annual masterpiece.

With either Mason Jones or Isaiah Joe back, I would’ve had Arkansas in my preseason Top 25 And 1. But when both decided to leave school early, I had to adjust — though I still have the Razorbacks 31st in my extended rankings.

That’s 21 spots ahead of where Norlander has Arkansas.

And, yes, I realize six of the top seven scorers from last season’s team that won 20 games are gone. But if any coach has shown the ability to win with a mostly new roster dominated by Division I transfers, it’s Eric Musselman. And I’m expecting him to do it again in what will be his second season at Arkansas.

You remember what Musselman did at Nevada, right?

He won 29 games and advanced to the Sweet 16 in 2018 despite the fact that three of his top four scorers (Caleb Martin, Cody Martin, Kendall Stephens) were transfers playing for Nevada for the first time. This season at Arkansas, similarly, Musselman has three transfers eligible who have already averaged double-figures in points at the Division I level — namely Justin Smith (Indiana), Vance Jackson (New Mexico) and Jalen Tate (Northern Kentucky). Combine them with Desi Sells, who averaged 10.6 points for the Razorbacks last season, and a top-10 recruiting class featuring three consensus top-100 freshmen, and the prediction here is that Musselman will have the Razorbacks hovering around the top 25 all season and in the NCAA Tournament come March. — Gary Parrish

Norlander’s response: Parrish, you could have been much harsher here! How about a peek behind the curtain. My INITIAL first draft of the 1-357 saw Arkansas right around the 35 slot. But as I looked at just how much the Hogs lost, and acquiring intel on how vital Isaiah Joe was expected to be for Musselman, they had to slip. Then consider the roster turnover, the strength of the top of the SEC, and I felt 52 was about right. In truth, if they’re lower I won’t be shocked. Musselman’s done tremendous things with transfers in recent seasons, but this is a major work-in-progress, and I think Musselman would acknowledge that at this point.

Let’s call to attention the gigantic elephant standing in the middle of the room here: Arizona is in the midst of a battle with the NCAA after it was hit with a Notice of Allegations last month roping in not just the basketball program, but also basketball coach Sean Miller. That is a not-insignificant X-factor hanging over this program. But there are not 69 better rosters in college basketball than the one in Tucson. There’s just not. Georgetown transfer James Akinjo is an instant-impact addition who will pay dividends right away. Nevada transfer Jordan Brown has the goods to be rejuvenated after his five-star credentials fizzled in the desert. Then on top of that, the team returns some veteran pieces and adds three top-100 recruits to the mix. Now, is there a chance the season goes completely sideways pending the NCAA case? Yes. 100% yes. But even with some unknown off the court that could spill over onto the court, I think this team will outperform the No. 70 ranking by a healthy margin. — Kyle Boone

Norlander’s response: KB, you make a spirited argument, but the writing is on the wall. Scheduling tells you a lot about what a coach really thinks of their team. Arizona is a prime example of this. The Wildcats are lining up the likes of Grambling, Northern Arizona, Eastern Washington and a slew of other mid- and lower-major teams out West to comprise the entirety of their nonconference slate. Not one power-conference opponent. Not one. You don’t do that if you think you’re a surefire NCAA Tournament team. This is Miller’s biggest rebuild yet — and his least-experienced team.

In a league with its share of legacy programs and legendary coaches, it’s hard to blame anyone for casting a long-suffering team like Georgia Tech aside without much thought in the preseason. But there is ample reason to believe this rendition of the Yellow Jackets will be the ones that get the program back to the NCAA Tournament for the first time since 2010.

Georgia Tech returns its top three players and six of its top eight from a team that won six of seven games to end the season alone at fifth in the ACC standings with an 11-9 league record. The Yellow Jackets’ late-season flurry flew under the radar because they were banned from the postseason and likely would not have made the NCAA Tournament anyway.

But it was a valid indicator of what could be ahead this season as point guard Jose Alvarado averaged 17.3 points per game in the final 10 games while Michael Devoe and Moses Wright progressed from role players into stars. All three are back as experienced upperclassmen to lead the way for a squad with ample potential to prove that it deserved a preseason ranking 20 spots higher.– David Cobb

Norlander’s response: Willing to admit, Cobb, that this is my most vulnerable ranking of the three singled out here. (Was honestly expecting someone to take me to task for Florida State.) The Yellow Jackets have a terrific backcourt and figure to be the most underrated team in the ACC. That backcourt is high-level and will give GT a shot at an NCAA Tournament berth. I’d lean on this as backup: Georgia Tech ranks 73rd in KenPom’s preseason projections, while it’s No. 51 at BartTorvik.com, so landing at No. 60 is solid common ground.