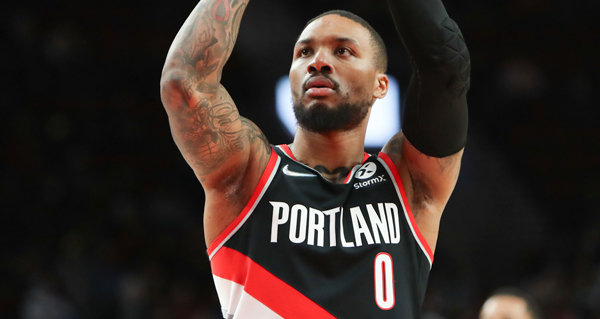 Damian Lillard spoke to Complex about his future following a series of trades by the Portland Trail Blazers that will reshape the around him.

“I think any time you say you love something or care about something… it’s not always going to be peaches and cream,” said Lillard. “You don’t know when that moment or breakthrough is going to come. Especially if you’ve done things the right way for so long, which I have. I’ve treated people the right way, I’ve done things the right way, I haven’t skipped steps. My process, which is why I’ve been able to get better each year of my career. I think something that’s important people realize is that it’s a business. Everybody’s like, ‘Oh this person’s loyal, that person’s loyal.’ They kind of throw that word around loosely. But, for me, I’m loyal to what I believe. I do love living in Portland. I do love playing for the Trail Blazers. But I’ve built this. I’ve been part of this for 10 years. I’ve been part of the change here and us being a successful franchise. I know what means something to me in my heart. And that’s winning a championship here. That’s why I’m so committed to that. And that’s my personal feelings. That’s being loyal to how I feel and how I operate. It is what it is. That’s what I want to see happen and I remain just committed to that as long as that’s the goal, that’s the plan.”