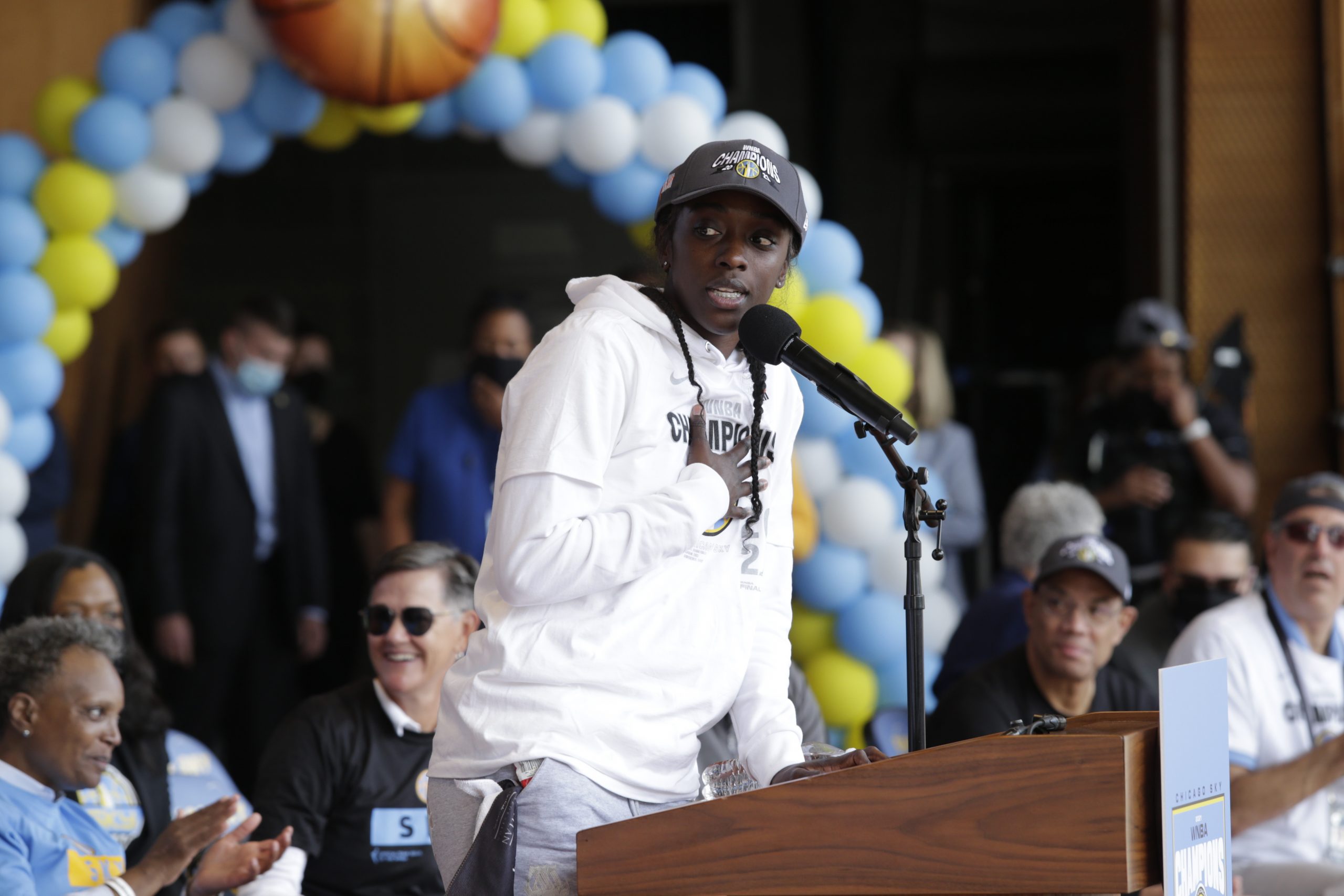 The Chicago Sky announced that they re-signed 2021 Finals MVP Kahleah Copper, securing their core lineup ahead of defending their first title during the 2021 season.

“I can’t wait to be back, especially with our core returning,” Copper said. “We want to run it back, and we know it won’t be easy, but with all of us 100% committing and making sacrifices for each other, I really like our chances. Chi-town, let’s get it!”

Last season, Copper averaged 14.4 points, 4.2 rebounds, and 1.8 assists on 45.9 percent shooting from the field on the way to her first All-Star appearance. During the Sky’s playoff run to become the first sixth seed in W history to win a title, Copper averaged 17.1 points per game.

Since joining the Sky, Copper has cemented herself within the franchise record book, ranking in the top-10 in games played, points scored, field goals made, field goal accuracy, made three-pointers, and free-throw percentage.

The upcoming season will be Copper’s seventh in the League and sixth with Chicago and will be running it back with Candace Parker, Courtney Vandersloot, Allie Quigley, and Azura Stevens. The only significant contributor to the Sky’s championship that won’t be returning is Diamond DeShields. She is headed to Phoenix after Chicago moved her in a sign-and-trade deal in early February.