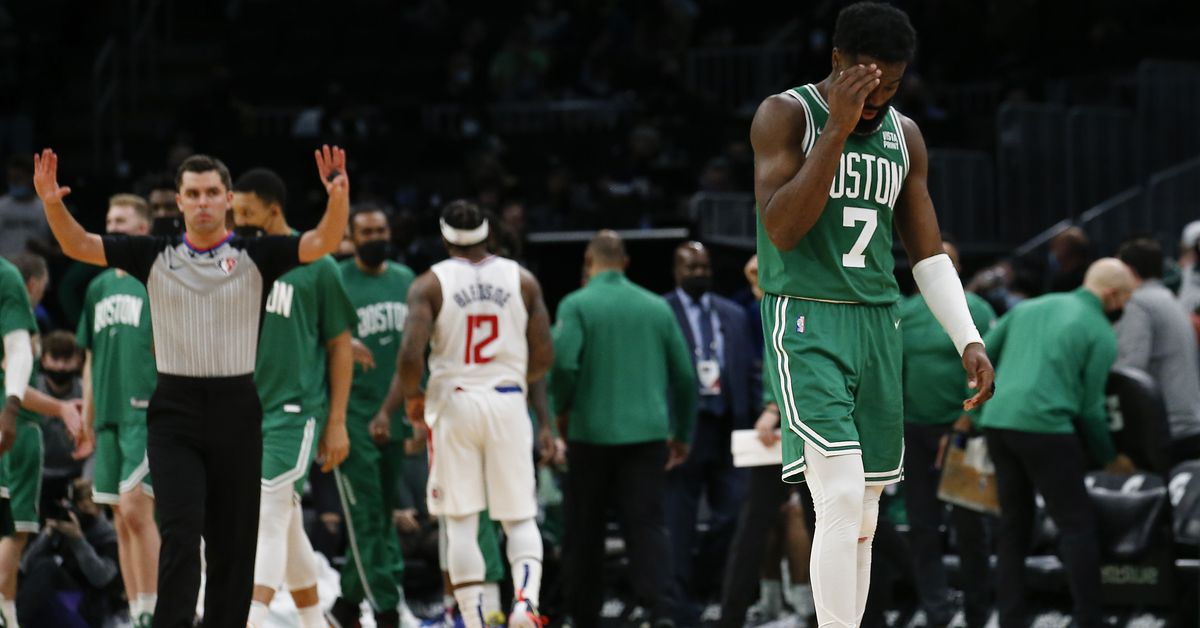 Unfortunately, it wasn’t the kind of history that fans will look back on fondly. In fact, it was the type of history that anyone involved with the Celtics organization would likely wish to forget.

Boston shot an abysmal 4-of-42 from three-point range in a 91-82 loss to the Los Angeles Clippers at TD Garden Wednesday night. Since 2013-14, when Second Spectrum began tracking games, there have been 482 games where a team has shot at least 35 catch-and-shoot threes. Among them, the C’s rank dead last in shooting percentage with their performance last night.

Despite the outcome, the general consensus was that the Celtics got open looks. Head coach Ime Udoka was befuddled by all the misses:

“It’s hard to say what we could do better because we got wide-open looks… you can’t let it become a mental thing and get hesitant. Stay confident. And the number of open looks we got was phenomenal overall. Just gotta knock those down.”

Grant Williams went 2-for-3 from downtown while the rest of the team could only muster up two makes as a whole. Jaylen Brown echoed Udoka’s comments about the team’s shot quality in his postgame interview:

“We just came up short. We just came up f***ing short. It was just a sh*t game. And unfortunate because we wanted to come back and respond after not playing so well in Minnesota. But I don’t know what else to say.”

Boston was without Marcus Smart, Jayson Tatum, and Dennis Schroder among others, but the LA Clippers were missing a bunch of their key guys as well. This loss marks three in a row for the C’s, and uncertainty surrounding the team’s future. The Celtics’ woes continue on, and so does their lack of shooting.