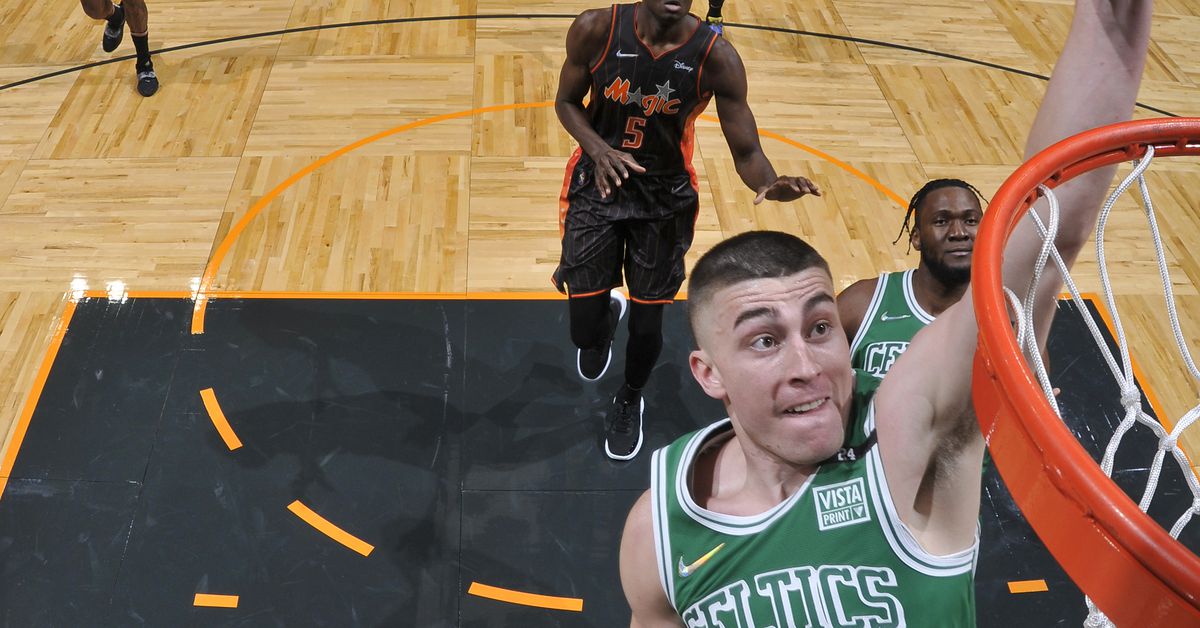 The Celtics Pride Team delights in the Celtics’ continued strong play – relishing the team’s first 5 game win strike since April 2021, evolution into a defensive juggernaut, and rise up the Eastern Conference Standings.

They go long on the great play of Jayson, Jaylen, Smart, and Rob – though not without an epic, unexpected, and arguably out-of-place rant by Adam about some of Tatum’s picadillos. After, Josh, Adam, and Mike debate whether Jaylen Brown should be considered an All-Star snub (this was recorded *before* LaMelo Ball was announced as KD’s replacement), and whether Rob Williams has the potential to become a better player than Jarrett Allen.

Next, the guys turn their attention to the upcoming trade deadline. First, they visit recent Bill Simmons comments, where he clamored for Indiana’s Domantas Sabonis – even at the expense of Rob and Smart – do the Pride Guys agree? Do you? They then focus on the trades they expect the Celtics will actually make, with all three more or less hoping for – and expecting – the same outcome: moving on from Schroeder (perhaps receiving a 3rd string PG in return) and ducking the luxury tax. But, that doesn’t stop them from taking a quick tour around the league’s most prominent sellers (Indy, Portland, Sacramento, and – perhaps – Atlanta) to discuss their interest in any of the potentially available players from those teams.

Mike then floats a fully hypothetical fake BOS-ATL trade that would send out Jaylen Brown and… just might have convinced Adam and Josh that it’d be a good idea for all involved.

“If Travis Schlenk calls up Brad Stevens and says ‘John Collins and DeAndre Hunter or Kevin Huerter for Jaylen Brown and – pick one between Romeo Langford or Aaron Nesmith’ do you have a conversation there? Do you hang up right away and say ‘we’re not giving up Jaylen’? Or do you say ‘yeah, that sounds great! Let’s do it!”? – Mike floating a fake blockbuster trade to Josh and Adam – that just might make both teams better.

Finally, the Celtics Pride Team looks at the schedule ahead to gauge whether the team can continue to build off their strong play of late, and if so for how long.

Check it all out!

You can find regular episodes of the CelitcsPod and Celtics PRIDE podcasts on Apple, Spotify, Stitcher, or wherever else you listen to your podcasts.

You can find regular episodes of the CelitcsPod and Celtics PRIDE podcasts on Apple, Spotify, Stitcher, or wherever else you listen to your podcasts.

About Celtics PRIDE Podcast: Co-Hosts Adam Motenko, his identical twin brother Josh Motenko, and their friend Mike Minkoff couldn’t stop talking about the team. Now they supply your need for Boston Celtics content with their regular podcast on CelticsBlog.

They will talk nerdy to you, dissect the players on and off the court, and bicker like only opinionated New Englanders can. It’s like if CelticsBlog made a BasketballJones / Dunc’dOn lovechild.

You will get the coach’s perspective, the capologist’s view, and a healthy dose of advanced and traditional stats that breakdown everything that happened and could happen with the #1 dynasty in the NBA. If you often find yourself reminiscing about the players you grew up watching, or you just need reminders about what “being a Celtic” means to you, this is the podcast for you. This is Celtics PRIDE!