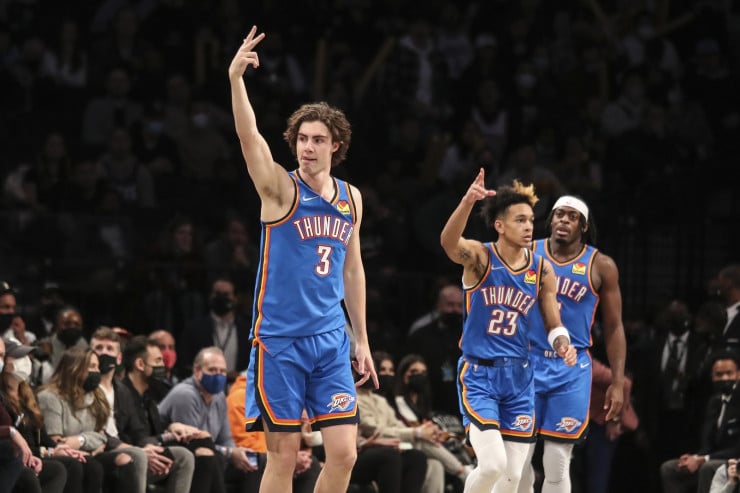 The Cleveland Cavaliers (25-18 SU, 28-15 ATS) head to Oklahoma City to take on Shai Gilgeous-Alexander and the Thunder (14-27 SU, 27-14 ATS). Will the Cavaliers finish their road trip with a win, or will the rested Thunder protect their home court?

While the Thunder may have a pretty dismal 14-27 record, their 27-14 record against the spread is indicative of their ability to show up on most nights. Over their last ten games, they are 7-3 ATS. They’re also 14-7 ATS at home this season.

This is a team that struggles to put the ball in the basket, ranking 29th in Offensive Rating, 29th in eFG% and 24th in Assist to Turnover Ratio.

But where they are serviceable is on the defensive end, ranking 15th in Defensive Rating on the season and 13th over the last ten games. They are top ten in the league in limiting points in the paint, and 2nd in the league in curtailing opponent fast break points. They’re also in the top half of the league in defensive rebounding.

All of those things bode well against a Cavaliers team that is in the top ten in field goal attempts at the rim and 11th in Offensive Rebound %.

Cavaliers in a Bad Scheduling Spot

The Cleveland Cavaliers have exceeded expectations all season long. They are 28-15 ATS, including 15-8 ATS at home. On Friday night, they gritted out a tough road win against a Spurs team desperate for a win.

But even though they’ve been good all season, they’ve run into some bigger issues of late. Over their last ten games they are 3-7 ATS, 15th in Defensive Rating and 17th in Offensive Rating.

Additionally, it’s hard to find a team in a worse scheduling spot than the Cleveland Cavaliers. Tonight is the second game of a back-to-back and the Cavs’ third game in four nights. This road trip started on January 7th, and has included stops in Portland, San Francisco, Sacramento, Utah, San Antonio and finally Oklahoma City.

The Thunder are off a big win against the Brooklyn Nets, a team that was in a very similar spot to the Cavaliers. The Nets were on their 3rd game in 4 nights and had just been on the West Coast. The Thunder scored 130 points and won by 21.

While the Thunder are a bottom-of-the-barrel NBA team, there is no denying their effort. That’s why I am backing them tonight, on their home floor, in a spot that feels like a schedule loss for Cleveland.

The Cavaliers have won three of their last four games, all on the road, and are likely to be absolutely gassed in this matchup. This will also be their 6th game in 9 nights.

The Thunder, on the other hand, are well rested after a big win over the Nets on Thursday night. Look for the Cavaliers’ fatigue to show, as they look forward to the end of a brutal road trip. I’ll be backing the Thunder on the spread, but the moneyline might be worth a small play too.