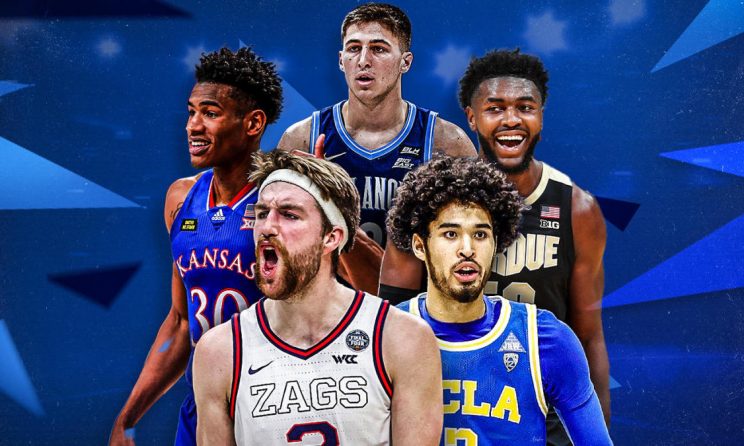 CBS Sports college basketball writers Gary Parrish and Matt Norlander surveyed more than 100 coaches for our annual Candid Coaches series. They polled everyone from head coaches at elite programs to assistants at smaller Division I schools. In exchange for complete anonymity, coaches provided unfiltered honesty about a number of topics. Today is our final question.

We close the Candid Coaches series with another annual inquisition.

Last season was not just unique, it was special in the way it managed to play out as expected, despite all the even-more inevitable COVID chaos. Gonzaga and Baylor were projected as two of the top three teams heading into the season, and that became prophecy — due to their records (a combined 59-3) and the fact they met in the final game.

Usually we don’t have that as the case. Pluck the top three preseason teams in a given year and usually at least one of them will be bumped well out of the top five by the time March arrives. So while this is an educated collective guess, it’s still a guess.

The season is a month away from beginning. (Getting closer!) Preseason polls have already started to populate in certain pockets of the internet. Below is the newest one and also the only one of its kind because it is a true preseason coaches poll, albeit an abbreviated one in that we are not asking for a top 25. Instead, we questioned more than 100 coaches and asked:

Who will be the best team in college basketball this season?

Quotes that stood out

“Few has been knocking on the door consistently now for a few years. Proven system, veteran leader, incredible and unique young talent coming in. Fewy is so good at fitting in unique talent like (Chet) Holmgren. Zags should be scary again.””I know they lost a lot but they’ll have a chance to get better throughout the year. A lot of Power Five teams don’t have that luxury. I would think it’s them and Villanova. Villanova returns everybody except Jeremiah (Robinson-Earl).”
“It’s a system, style of play, the consistency. I think now that they have the complete team — just keep replacing the parts that they need. He’s got that s— figured out now.”

“Experience and they know who they are. Might have caught lightning in a bottle toward the end of the season, but year three with coach Cronin really establishes who they are and what he expects. I think expectations being high are a good thing for them and something that they will embrace and not shy away from. Depth might be an issue but they have really developed players the last two years.””Because of what they’ve done and why Mick is successful: I think he has a football team on the hardwood. They’re tough, play hard, defend, he’s brought a Midwest attitude to the West Coast. The last guy who did that there was Howland, and he went to three Final Fours in a row.”
It’ll be UCLA or Texas, but I’ll go UCLA because of less moving parts. Texas has, what, seven new bodies? I think that would be my only concern with them. UCLA just has no turnover. They might return the highest percentage of every [roster] stat in the country. Return all those guys and bring in a McDonald’s All-American.”
“UCLA is the team to beat. Experience, toughness and have one of the most underrated coaches in the entire country.”

“Purdue’s got their whole team back and they’re going to be pretty good. They’ve got at least three pros on that team as well, and they run that offense so fluidly. Painter’s a tough coach, the continuity of the offense they run is really good and they’ve got so many counters for each set, so it’s a concept game. You can’t prep for all their games. That was my scout for four years and one of the toughest scouts I had. Ivey’s like, to me, he’s a pro. That freshman group they have is really good. I think they’ve got the pieces to definitely compete to win the Big Ten and be at the top.””They have a talented backcourt with senior leadership and an emerging star in Jaden Ivey. Their frontcourt — Williams and Edey — is very deep and has a great mixture of experience and youth. And don’t forget about glue guys at Purdue. Isaiah Thompson, Brandon Newman and Mason Gillis can all defend, knock down 3s and have been part of a winning culture that Matt Painter has been building for years.”

“Ochai Agbaji, Jalen Wilson and Remy Martin will be special this year and Bill Self hasn’t forgotten how to coach.”
“They’re always bigger than everyone across the board, usually, and are well-coached, disciplined, deeper and always old. He gets those guys back and they don’t beat themselves, got a great home court.”

“I think because of their guard play. They’re old, really old, and really freaking good. Collin Gillespie is the best player in our league and with him coming back … you put Justin Moore in any other team in the Big East he’d be a first team all-league player. They’ve got Jermaine Samuels as a fifth-year senior with that level of experience. S—. Guards win in March and that’s why Baylor won it. They had four of them. Nova has the best experienced guards in the country.””I have no idea who’s really good. I don’t think Texas is going to be that good. They’re going to be ranked in the top five, but I don’t think they’re going to be good. I don’t think [their roster] works. Villanova is going to be so experienced, mixed in with good young talent. And coach Wright is a Hall of Famer.”

As I mentioned in Wednesday’s Candid Coaches, we did not run this series in 2020 due to the COVID pandemic and all of the uncertainty and chaos that was enveloping the offseason. So I’m not sure what our numbers what have been with this poll question a year ago, but I suspect Gonzaga, Baylor and Villanova would have been the top three in some order.

Baylor, your reigning champs, did not receive a vote this year. The Bears will easily be ranked in the preseason, but enough pieces are gone from that title team that it’s reasonable to leave them off here. Gonzaga, however, brings back and brings in a haul. Our first question in this series asked who will be the best player; Gonzaga has the guys who finished first and third.

I expected Gonzaga to win this poll, but how about this: the Zags’ margin was thin until I received Gary Parrish’s dump of votes. Prior to that, GU beat out UCLA in my polling by just 1%. Forget that the Bruins were a First Four team that got hot and made that amazing Final Four run. Coaches not only respect Mick Cronin’s style, they believe UCLA will embrace the target and be even better because essentially everyone returns and knows their role well.

I had a couple of coaches say they think Gonzaga should again not lose a game before March. That’s absurdly hard to do two years in a row. Didn’t have one coach bring up GU getting shellacked by Baylor, for what it’s worth.

Gonzaga No. 1 and UCLA No. 2 is probably what the AP preseason poll will look like as well. Will Texas be third? How about the Big 12 getting Texas and Kansas in the top four in this survey? That feels close to a toss-up as we move toward November. I might prefer Purdue over those two, but even as I say that, I was surprised to see how much respect the Boilermakers got from coaches, even the ones who didn’t vote for Painter’s team but discussed them during our conversations.

The idea that Purdue is going to enter this season as a national title dark horse is no more. That group will be much-discussed and highly regarded, just like their Big Ten counterpart, Michigan. Hunter Dickinson and Eli Brooks’ return — combined with Juwan Howard’s 42-17 record in two seasons — has made a believer out of a few coaches.

Villanova getting some pop in this is going to be a reliable factor so long as Jay Wright is winning the Big East and retaining juniors and seniors who are in the discussion for All-American status. As for Duke, well it seems like a few coaches are paying respect to Coach K, but more accurately: they’re telling us they expect Paolo Banchero to be the best player in college basketball.

Let’s wrap on five teams that didn’t receive a vote but are ones that could wind up being good enough to have a No. 1 seed in six months. I think the most likely candidates are:

Memphis: The talent is obvious. Penny Hardaway not yet coaching in an NCAA Tournament game is probably what kept the Tigers from receiving a vote. Illinois: Objectively one of the three best teams heading into the season in what could again be the best conference in college basketball.Alabama: A No. 2 seed a season ago, coming off its best season in school history with plenty of experience returning and some highly intriguing new talent coming in.Oregon: I had one coach tell me Oregon doesn’t receive votes for things like this because the Ducks’ roster is always changing so much and the players don’t become that well known until deep into the season.Kentucky: If Duke’s getting votes, Kentucky should be close by. You can make a case UK has more talent going in, though Kentucky only won nine games last season.

Thanks again to the readers for following along with this project. We hope it makes your wait for the season’s arrival go by faster. And of course thank you to the coaches who take time every offseason to catch up and make this series possible.