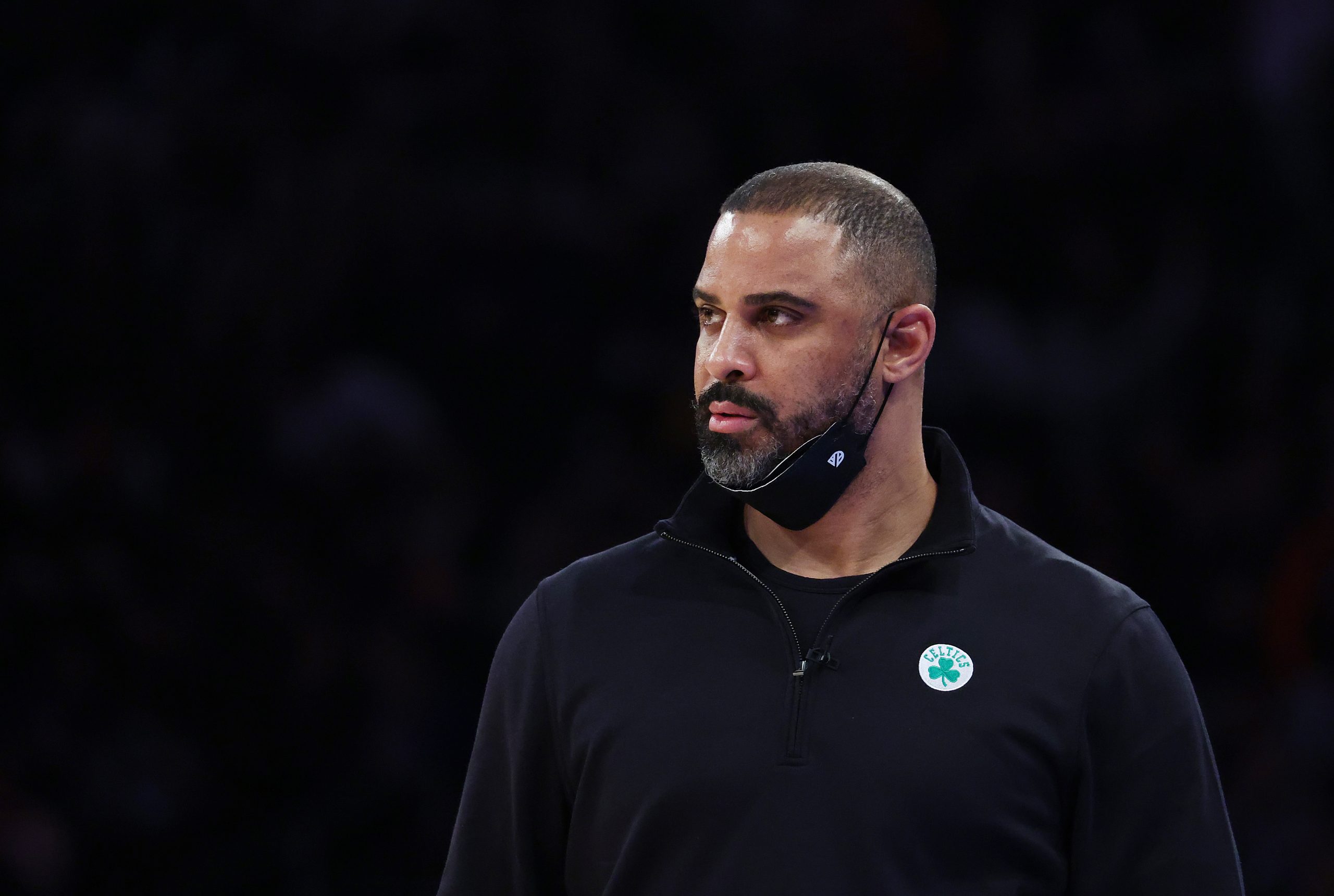 Boston Celtics Coach Ime Udoka called out his team Thursday night after blowing a 25-point lead in a 108-105 loss to the New York Knicks in Madison Square Garden.

Boston now leads the NBA with four blown leads of at least 19 points which is twice as much as any other team. After allowing two huge Knicks runs in the second half to pull ahead. Boston needed this shot from Jayson Tatum to tie the game with 1.5 seconds before RJ Barrett’s game-winner.

The fact the Celtics have been one of the league’s worst fourth-quarter performers has Udoka simply questioning his team’s mental toughness via ESPN.

“I think it’s a lack of mental toughness to fight through those adverse times,” Udoka said per ESPN after Barrett banked in a three-pointer at the buzzer to stun the Celtics. “To your point, it’s across the board. It’s a turnover here, a bad shot here, a missed defensive assignment here, and several missed rebounds tonight.

This angle of RJ Barrett’s game-winner 😱

“So it’s a lot of different things. And then, like I said, a calming presence to slow it down and get us what we want is really what you need at that point. And sometimes, we all get caught up in it.”

The loss places Boston in 11th place in the Eastern Conference, and they will be below .500 at the halfway point of the season. Udoka stated changes had to be made in his teams’ approach to prevent late-game collapses and breakdowns. Tatum still believes there is time to turn things around.

“We just have to regroup,” said Tatum. “Obviously losses, this stretch kind of is tough, losing leads and just not finishing out in the fourth quarter.

“I think we just have to look at the big picture and the grand scheme of things and look back to those years when we were going to the conference finals, and it makes you really appreciate those moments. Because it’s hard, it’s not easy.

The Boston Celtics (18-21) have a chance to redeem themselves against the same Knicks at home on Saturday night.