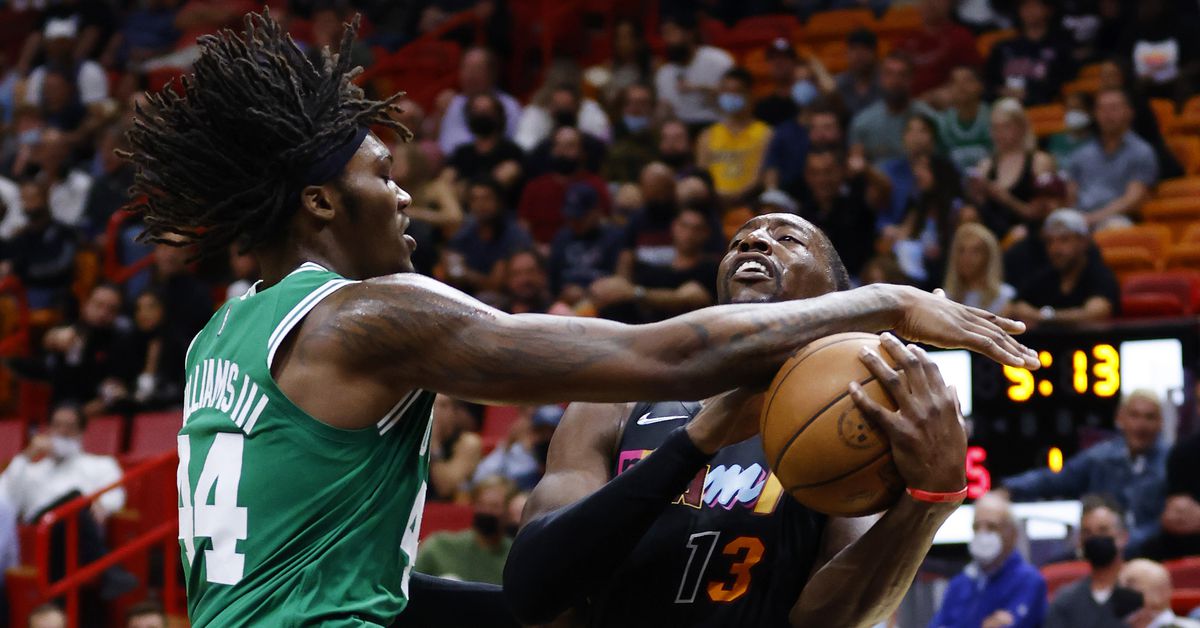 The Boston Celtics travelled to South Beach, Florida Thursday night, on the second night of a back-to-back and the second game of three on the road. Boston were riding high after a feel good victory over Orlando as they looked to put the early season struggles behind them and get the season back on track. The Celtics third win of the year was sorely needed as they hit possibly the biggest challenge of the young season, a road meeting with the white hot Miami Heat (6-1).

Both teams traded misses to open the game as it was a case of both teams sizing one another up early. The first score of regulation came three minutes into the game as Bam Adebayo hit a pair of free throws, promptly followed behind a Duncan Robinson three-pointer. Boston’s best player of the early season was Al Horford and the 35-yea-old hit a straight on triple to get Boston on the scoreboard.

With President of Basketball Operations Brad Stevens in the building, Boston took a quick timeout to stop the Heat momentum at 9-4. The Heat also sported some new uniforms as they came out swinging behind Duncan Robinson’s 3 first quarter triples.

Sitting in first place in the Eastern conference the highly touted league leading defensive unit but it was the Celtics who came out tough led behind Jaylen Brown who sent Jimmy Butler’s shot back at him. Boston’s leading scorer was also going at it ont he end with this grown man move.

A late cameo from Aaron Nesmith saw the second-year guard attack the paint with a high-flying layup as Boston stayed close 18-24 through one.

With Miami’s bench came into the game averaging an eye watering 47 ppg as Ime Udoka had a full compliment of bench guys in to start the 2nd quarter as things got scrappy on each end. Aaron Nesmith found himself in the thick of the action and Romeo Langford chipped in a handy corner triple to cut the Heat lead to 2, 26-28.

The hawking play of Nesmith and co. scrapped and clawed Boston back into the game and Aaron N3smith turned provider with a quick three off a Denis Schroder assist as Boston took it’s first lead of the game 31-29. Nesmith was the teams leading scorer early as he made the most of Jason Richardson’s abscence from the lineup.

Boston’s hawking play led the Heat to turn the ball over an uncharacteristic 10 times in the first half alone. Serial pest and aggitator Kyle Lowry was complaining all half as the Celtics played the tougher of the two teams throughout the first half all despite a scoreless half for Jayson Tatum. Boston completely outworked Miami on both ends going on a 26-7 run as the Celtics led by 18!!!!(not a typo) points 51-33, after a half of play. J3ylen Brown put the icing on the cake as the half expired with a rainbow deep three-ball as the clock expired and Marcus was his cobra self on this terrific sequence.

Miami struggles continued early into the third as Boston looked to tighten the clamps on them, but credit the Heat, Jimmy BUtler had an and-one attempt and Kyle Lowry hit a trey on the next drive prompting Ime Udoka to call a timeout as the Hheat got the lead back to 15. Jaylen Brown was strong in the third driving through contact with a tough bucket and nailing a deep three over Bam for his sixteenth point of the evening.

As good as the Celtics were in the first half, things started to unravel midway through the third as Coach Udoka was given a tech and a poor turnover from Grant Williams led to a Lowry three as Miami reduced the lead to 12 as the Celtics composure was tested. The Miami fans were kept silent throughout most of the game, started to come alive as things got closer for Coach Spoelstra’s squad.

With the wheels seemingly falling off for Boston, Marcus was whistled for a Tech from the bench as the Heat were pressuring Boston from all sides. Boston turned to the young bench tandem of Aaron Nesmith and Romeo Langford who hung tough with the hometown Heat. A last minute drive and hammer dunk from Al Horford had Boston fans thinking back to the days of his prime as Boston managed to swing the lead back to 18, with the score 75-57 after three.

Jayson Tatum finally found the net in the fourth quarter as both teams would suffer injury scares late as both Kyle Lowry (ankle) and Jaylen Brown (right hamstring tightness) would leave the game and not return to action.

Boston would look to run out the clock in arguably the team’s best performance in recent seasons, as the Heat fans would head to the exits early. The C’s had a well rounded performance featuring six players registering in double figures. Boston next travel to Dallas, Texas to face Luka Doncic and the Mavericks on Saturday.