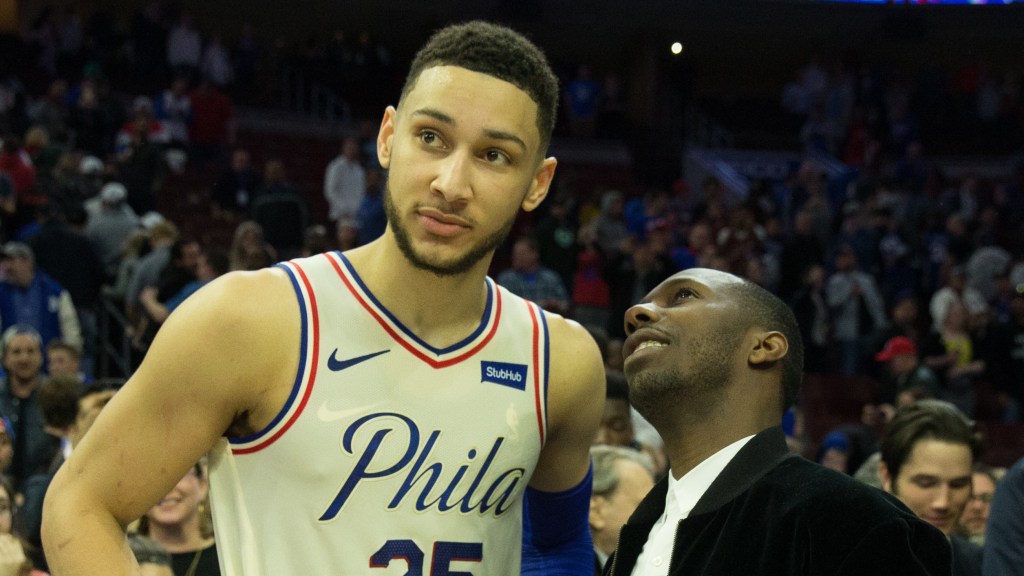 Scotto: To me, it seems like he’s played his last game for the Sixers. In my opinion, he’s done everything he can to make sure that’s the case.

Pompey: I think the whole thing is disappointing. I think it’s disappointing on both sides. I get that you have a player under contract, and they want to fine him, but it just seems like we knew since the end of last season that Ben Simmons didn’t want to be here. When you do your research and talk to sources, they were alerted of that right afterward, within days afterward (after the playoffs). Rich Paul told them that at the NBA Draft Combine, and then Ben told them that in person in August. You’re under the impression something’s going to happen. It hasn’t happened yet.

The way this is playing out, I think, it’s a huge distraction for the team. It’s one of those things where the guy always said that he wasn’t going to come back. Even if he came back, he wasn’t going to be in uniform. At this particular time, I don’t know how Simmons being in uniform will help the Sixers. He’s a great defender and all this other stuff he provides, but when you have a guy who doesn’t want to practice with the team, doesn’t want to go to the games, and is reluctantly speaking to the medical team, can you really trust that guy to be on the court with the team and help you win games?

If he’s going through the motions now, what do you think he’s going to give? Like, 60 percent on the court? When I look at this, it’s extremely disappointing because he’s someone who doesn’t want to be here, and yet the team still wants to force him to be here. My question is, why do you want to force someone to be there when he’s already checked out?

Scotto: He had the yips at the foul line last year. He was reluctant offensively (to shoot). He’s an All-NBA defender. He can guard one through five. On offense, when you talk to scouts and executives, they kind of view him like a 6-foot-10 Rajon Rondo in the sense that if you put shooters around him, he’s going to thrive because he’s a willing passer, he thrives in transition, and can penetrate the lane. His shooting at the foul line and three-point arc hasn’t developed.

Around the league, teams are not looking to give Daryl Morey what he wants. I think his asking price, he’s trying to get like a James Harden-esque package. I don’t think that’s going to happen. I think he knows that, but he’s going to try to hold up the bargain as much as he can.