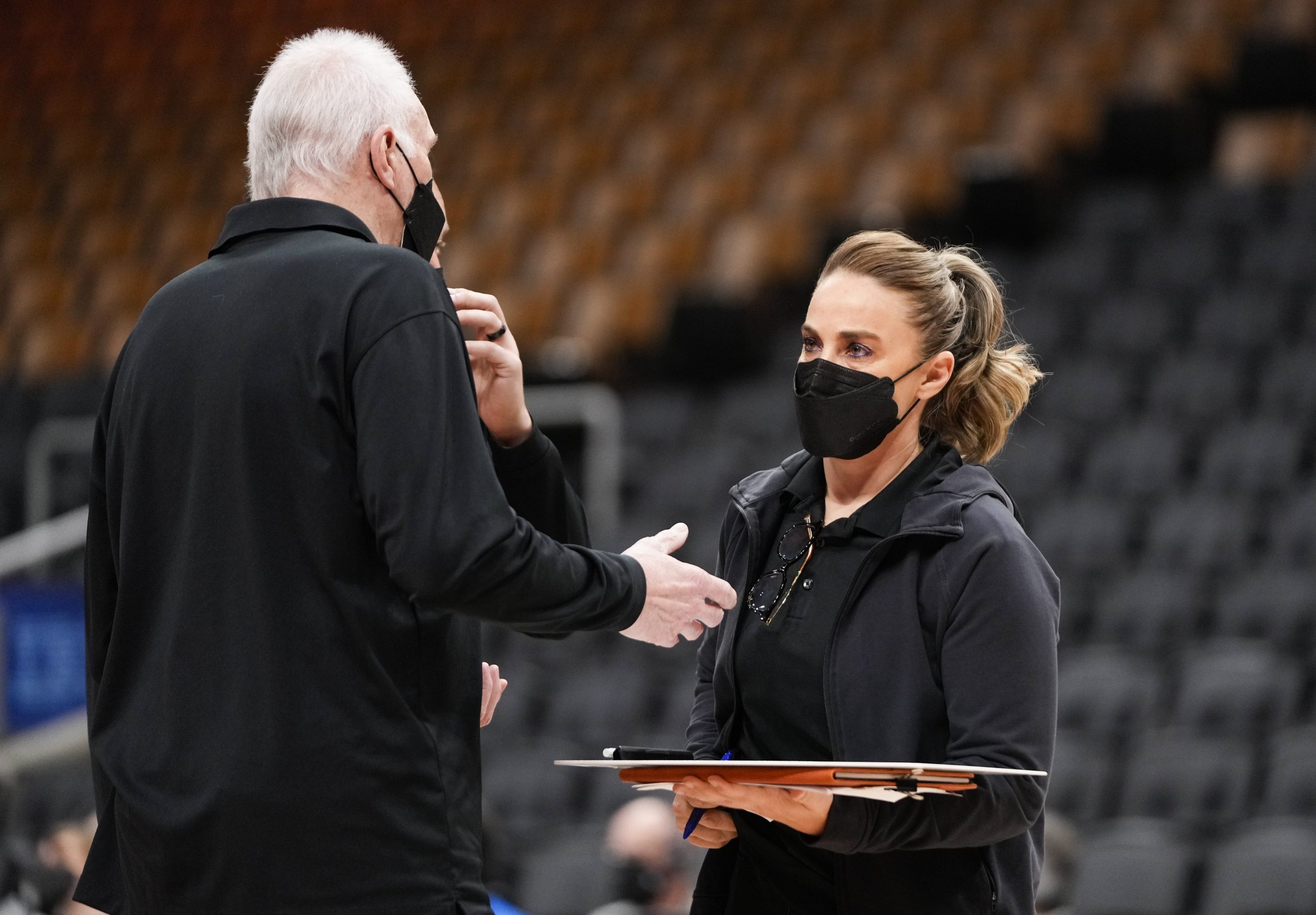 In her eighth year as the assistant coach for the San Antonio Spurs, Becky Hammon has decided to kiss the NBA goodbye to make a return to the WNBA at the helm of the Las Vegas Aces as the highest-paid coach in W history.

“My heart was saying it was time to go. This is where I am supposed to be right now,” Hammon said, per the Washington Post. “There were a lot of sleepless nights getting to this conclusion.”

With the Spurs, Hammon received guidance from the legendary Gregg Popovich but felt it was time to venture down a different path leading back to where she started.

“It’s a great opportunity to have a head coaching job at that level.,” Popovich said. “To prove herself. She’s already proven herself to me, but that doesn’t matter in the long run. She’s interviewed for a few jobs in the NBA, and she’s more than qualified and would have done a great job.”

Over the years, Hammon received offers and calls from the WNBA, one being from the NY Liberty, where she spent the first eight seasons of her playing career making three All-Star appearances and helping lead the team to the Finals three times.

Hammon will join the Aces next season following a near-successful run with Las Vegas finishing 24-8, a second-best in the League, before losing to the Phoenix Mercury in the semifinals. Before she arrives, Hammon plans on reaching out to players to establish roles and build chemistry with her future players.

“Right now, I’m reaching out to all the players on the roster,” Hammon said. “Establish a relationship with them and talk a little bit about roles what we’re doing offensively and defensively.”

While Hammon continues to trailblaze and follow her heart while adding to her extensive resume, she hears the outside noise. She doesn’t believe that transitioning to the WNBA would be a “step down” from coaching in the NBA, but she is set on her path and confident in the choice she’s decided to make:

“I think it’s an ignorant statement. To think I’ve outgrown the WNBA in a coaching capacity is ridiculous,” Becky says. “I’d rather be a coach in the WNBA and have my own organization and be running a team.”