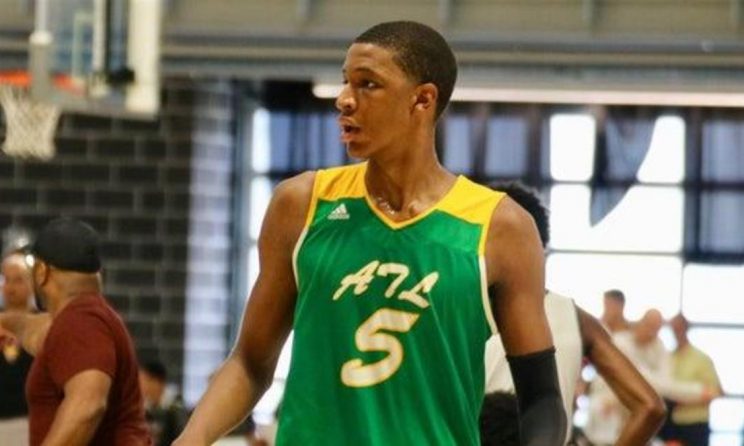 Auburn landed its highest-rated basketball prospect since 247Sports began ranking recruits in 2000 when five-star power forward Jabari Smith committed to the Tigers on Friday. The Tyrone (Ga.) Sandy Creek product is considered the No. 5 overall prospect in the Class of 2021, according to 247Sports. Smith chose Auburn over Georgia, Georgia Tech, LSU, North Carolina and Tennessee.

“This is one of the hardest decisions of my life,” Smith said in an Instagram video announcing his commitment. “But I can only choose one school. With that being said, I will be committing to Auburn University. War Eagle.”

Landing Smith takes the recruiting success Auburn has experienced under Bruce Pearl to a new level. The Tigers had landed five-star prospects Mustapha Heron from the Class of 2016 and Sharife Cooper from the Class of 2020 already during Pearl’s tenure. But they had never secured a commitment from someone as coveted as Smith, who is projected as an eventual first-round pick in the NBA Draft, according to 247Sports national recruiting analyst Josh Gershon.

“Smith is a face up four who has continuously grown in height over the last couple of years,” Gershon wrote in his scouting report. “He now has good size for the position to go with a still extremely physically immature frame with plenty of room to gain strength. While Smith has a jump hook and can post up, he is most comfortable facing up. He has a smooth stroke with range to the perimeter. Improving athletically and as a passer. Rebounds area well and has made progress as rim protector. Projects as first round pick with normal expected development.”

Auburn made its first-ever Final Four appearance under Pearl in 2019 and finished with 25-6 record in 2020. The Tigers have appeared in the top-10 of the AP Top 25 poll during the past three seasons.

Smith is the program’s first commitment of the 2021 class, but he’s not the first top-ten prospect from the class to choose a school in the state. Auburn’s archival, Alabama, landed a commitment from five-star guard JD Davison last week.