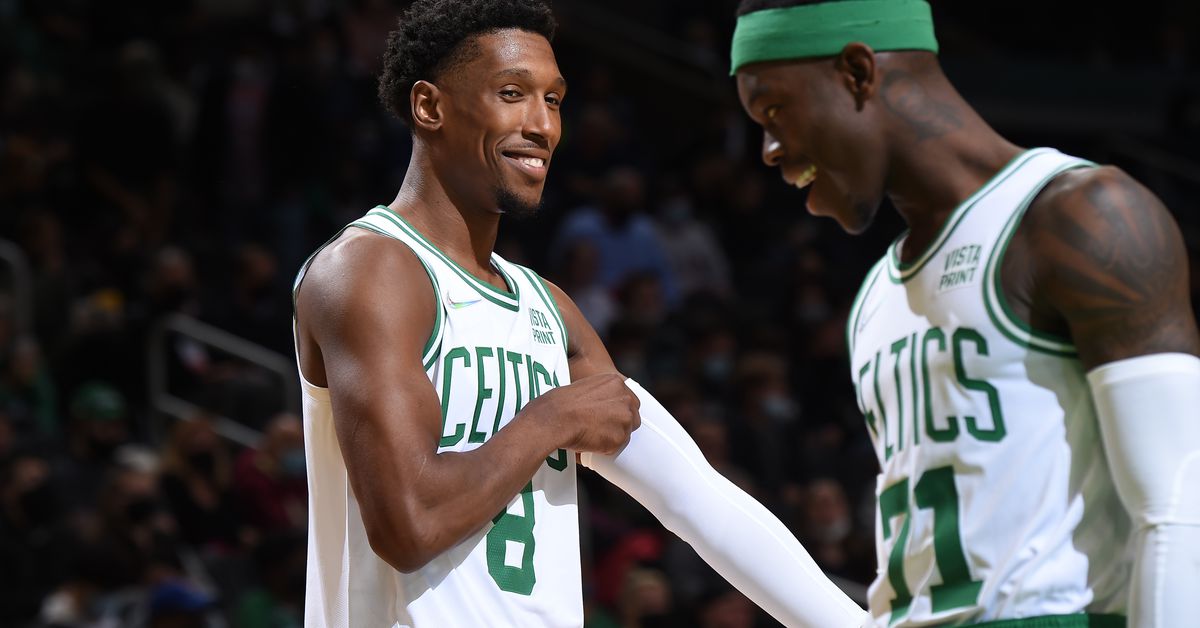 While the trade deadline isn’t until February 10, over 100 NBA players became eligible to be traded on December 15. Naturally, those dates are going to generate ample rumors, and indeed they did. The Boston Celtics were no exception to that.

Over the past couple of days, one name brought up in said rumors has been Dennis Schroder. Shams Charania of The Athletic reported that most believe the C’s will be open to trade talks involving the German guard.

On the latest episode of the A-List Podcast on CLNS Media, Celtics insider A. Sherrod Blakely doubled down on this sentiment, saying that Schroder will almost certainly be brought up in discussions.

“You’re going to hear a lot of names bantered about, certainly around in Celticsville,” said Blakely. “You’ll be hearing about Dennis Schroder as a possible. He’s a guy that has garnered a good amount of interest, and understandably so.”

Schroder has played well above his contract value of $5.9 million this season. So far, he is averaging 17.1 points, 3.6 rebounds, and 4.8 assists while shooting 43.8 percent from the field and 33.6 percent from deep.

When co-host Kwani A. Lunis asked for his thoughts on moving Schroder, Blakely didn’t hesitate. “I would consider it, absolutely,” he stated. However, he quickly turned the conversation to another recently signed Celtics player, too.

“But I think the guy, if there’s a guy that you could part ways with and it would do little, if any, damage to what you’re looking to do, who I think has value, it’s [Josh] Richardson.”

Boston traded for Richardson this offseason using the remaining portion of the Gordon Hayward TPE. The swingman is averaging 9.7 points while shooting 46.4 percent from the field and 35.4 percent from three. However, Richardson has already missed eight of Boston’s 28 games. Blakely noted that as the main reason for a potential trade.

“Josh Richardson is a guy that you absolutely, I think, need to look at,” Blakely said. “When he has played, for the most part, he’s been good. But that availability has been an issue for me… If you were to take him out of the mix, you still have guys that you can plug in and fill that void.”

When he joined the team, Richardson pushed young players like Payton Pritchard and Aaron Nesmith out of the rotation. He’s averaged 24.4 minutes so far this season. With those guys ready to step up at a moment’s notice, Richardson might be expendable, according to Blakely.

“If you’re the Celtics and you’re looking to maybe get some future assets, whether it’s a first-round pick, a second-round pick, a young prospect that you may not play, but you think has lots of upside, he might be the carrot that you can dangle out there.”