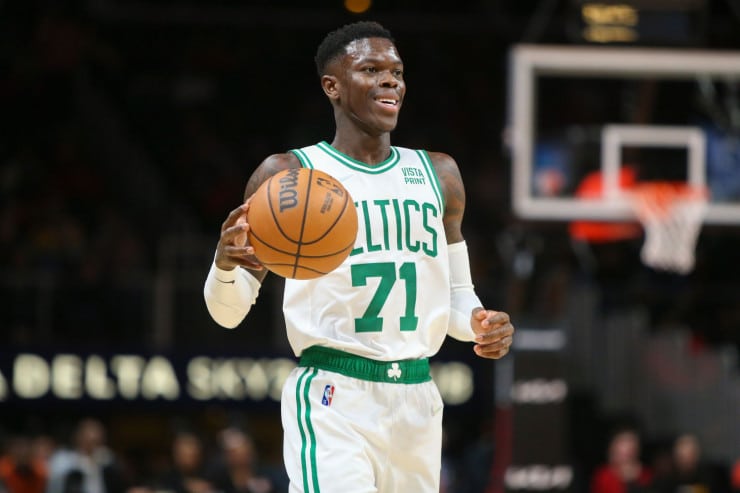 Boston had the steal of the summer when they signed Dennis Schroder to a minimum contract. Things have not worked out for the Celtics this season and the organization is expected to field numerous offers for the veteran point guard ahead of the February 10 trade deadline.

The Celtics were expected to be better than the .500 team they were last season. That has not been the case this year, for a variety of reasons. The team brought back Al Horford and Enes Freedom despite the progression of Robert Williams. Questions have surrounded this team about the long-term pairing of Jayson Tatum and Jaylen Brown, but that has not been their only issue.

Ime Udoka has had his hands full in his first year at the helm, but it doesn’t appear as though this team is going anywhere this season. The organization could try to make some moves to improve or they could make some deals to get under the luxury tax. By moving a player like Schroder with an expiring contract, they might also be able to acquire some assets in return instead of losing him for nothing in the summer.

Schroder is having a solid season, averaging 15 points and 4.6 assists while shooting 44 percent from the field and 35 percent from three. At his current $5.9 million salary, he will likely receive a ton of interest from prospective suitors. While a number of teams will come calling, these three would be the best places for him to land.

As good as Darius Garland has been this season, the Cavs are extremely thin at the guard position after losing Collin Sexton and Ricky Rubio to season-ending injuries. Last week the league granted Cleveland a $9 million disabled player exception, which the team can use to trade for a player with one year remaining on his contract. Their main target is expected to be Schroder, who fits into that with his salary and contract status.

Player must be on final year of their deal and make $9 million or less.

In addition to helping Cleveland patch up their issues on the perimeter, Schroder would also provide a steady veteran presence. The 28-year old has 52 career playoff games under his belt, which could help this young Cavs squad. His nickname is “The Menace” in part due to his first name, but it is also a reflection of his defensive ability. He will fit right in as Cleveland ranks 3rd in defensive rating.

Easing some of the load on Garland’s shoulders would be another benefit for the Cavs. While they rely on the suffocating defense of their seven-footers, their offense is run through Garland, and he is the engine. Cleveland is clearly ahead of schedule in terms of their road back to contention, and adding a talent like Schroder could keep them right on track.

Without Kawhi Leonard and Paul George, the Clippers simply do not have the talent to contend in the Western Conference. There is a slim possibility that the two stars could return in time for the postseason but the organization cannot just stand still and hope. The team’s biggest weakness is at the point guard position after the Eric Bledsoe experiment has not worked out.

Reggie Jackson has been up and down this season but putting Schroder by his side could give their 26th ranked offense quite a boost. He could also elevate their ball movement, as they sit in the bottom third of the league in assists. Schroder has also proven to be a great decision-maker, which would be a tremendous help to their half-court offense.

Even if the Clippers aren’t able to get Leonard and George back this season, getting Schroder in LA now could boost their chances of keeping him as he heads into free agency. Lawrence Frank would love to solidify their point guard position now, well before next season. With a fully healthy roster, this Clippers team is a contender in the West, and Schroder would have a prominent role.

While the other team in New York might have a bigger need for a solution at point guard, the Nets are actually contending for a title this year. Kyrie Irving was supposed to be the answer, but his part-time status puts a big dent into Brooklyn’s championship odds. Patty Mills is capable of carrying his scoring load on the nights where he is not able to play, but there is a better solution.

The Nets are 18-5 (2-2 this season) when it’s only Kyrie Irving and James Harden, and no Kevin Durant.

Brooklyn ranks 17th in defensive rating and is 26th in steals, two areas where Schroder could be a major help. With a healthy Kevin Durant and James Harden, this offense will be perfectly fine in the postseason. Still, having Schroder’s decision-making and defensive skillset late in games would certainly help their chances. He has also proven that he is fully capable of playing off the ball, allowing him to play with Irving or Harden.

Acquiring Schroder might cost them a promising young talent like Cameron Thomas, but it could also be their best path towards reaching the Finals this season. With Harden’s future in doubt and Irving’s availability in question, the Nets are all-in on this season. This is a win-now move that may ultimately pay off with the Larry O’Brien Trophy.