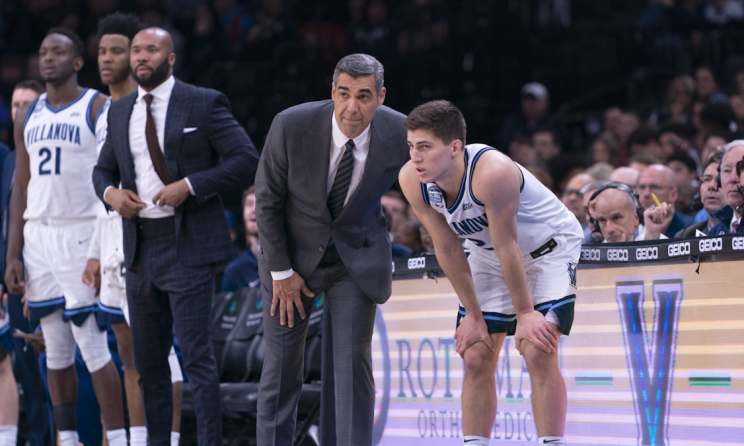 The college basketball season gets underway Wednesday. That means if you’re looking to drop some cheddar on futures bets before the season starts — and before results start to pour in — now’s the time to get ahead of the curve. In two weeks, those trendy long shots may well emerge as contenders, and any lucrative potential payout may drop considerably as odds shorten.

Shoot your shot if you have convictions checking out the odds below from William Hill Sportsbook, and I’ll walk you through some of my favorite national championship gambles and the reasoning behind each. (Disclaimer: I made my own rules on who I consider sleepers and long shots using the criteria that 25-1 or longer odds are sleepers and any team with 75-1 odds or longer are considered long shots.)

Gonzaga (10-1): Preseason No. 1 team getting 10-1 odds, and behind preseason No. 3 Villanova? Give me some Zags stock! Mark Few has arguably his most talented roster ever, and his first preseason No. 1 team. Between returning pieces like Corey Kispert, Joel Ayayi, Drew Timme — along with the addition of five-star guard Jalen Suggs and Florida transfer Andrew Nembhard — this team is deep with an incredible blend of blue-chip talent and experience.

Illinois (15-1): Brad Underwood’s Illini are a trendy pick amongst our staff to make the Final Four, so by extension, they are one of my darling picks here at 15-1 to win the whole thing. Underwood returns stars Ayo Dosunmu and Kofi Cockburn and has a top-20 recruiting class in tow led by combo guard Adam Miller. Underwood hasn’t had a backcourt this talented since his one-and-done season at Oklahoma State, when the Cowboys boasted the No. 1-rated offense nationally in adjusted efficiency.

Wisconsin (20-1): The Badgers might have the best bunch in the Big Ten this season, led by Micah Potter and Nate Reuvers. And after winning eight of their last nine to close last season, this team has the makings of one on the rise yet still being undervalued. There is no reason for Wisconsin to have longer odds than Michigan State (16-1), other than brand power.

Tennessee (30-1): Rick Barnes and Co. are flying under the radar headed into the season, but with John Fulkerson, Yves Pons and Santiago Vescovi returning, this core group has continuity on its side. Oh, and by the way, five-star guards Jaden Springer and Keon Johnson are joining the mix. Huzzah. Vols have enough scoring punch to challenge for the SEC and beyond.

Texas (40-1): Texas is … back? Possibly. I’m not ruling it out. The Longhorns return every starter on a young team that went 19-12 and add in five-star high-flying big man Greg Brown. If ever there was a time for Shaka Smart to catch lightning in a bottle, it’s this year.

Stanford (50-1): Losing Tyrell Terry to the NBA Draft was a huge loss for the Cardinal, but Jerod Haase still has one of the Pac-12’s most interesting rosters. They’ll be led by leading returning scorer Oscar da Silva as well as one-and-done prospect Ziaire Williams, the highest-rated hoops recruit in program history.

Alabama (75-1): Nate Oats is tasked with the unenviable objective of replacing first-rounder Kira Lewis Jr., the team’s leading scorer and assist man. But at the very least he’ll have options, with enough offensive firepower between Jaden Shackelford and John Petty Jr. to stay afloat. The big piece that could elevate this team from good to great is freshman combo guard Josh Primo, a potential one-and-done guard with great size who can make plays on and off the ball.

Memphis (75-1): A year ago at this time, Penny Hardaway’s Tigers — with No. 1 recruit James Wiseman — were the talk of town in college hoops. Now look at them, off the radar and free of expectations. It sets up for a spot where Memphis should have a chance to exceed expectations. Virginia Tech transfer Landers Nolley should be a difference-maker from day one as should five-star recruit Moussa Cisse.

Saint Louis (125-1): Travis Ford brings back his top four scorers from last season — including Jordan Goodwin and Javonte Perkins, who averaged a combined 30.5 points per game — to step into a role as one of the potential favorites in the A-10. Coming off a 23-win campaign in which it pushed the likes of Dayton and Auburn in close contests and toppled the likes of Richmond, Kansas State and VCU, this team has the goods to be one of the best at the mid-major level.