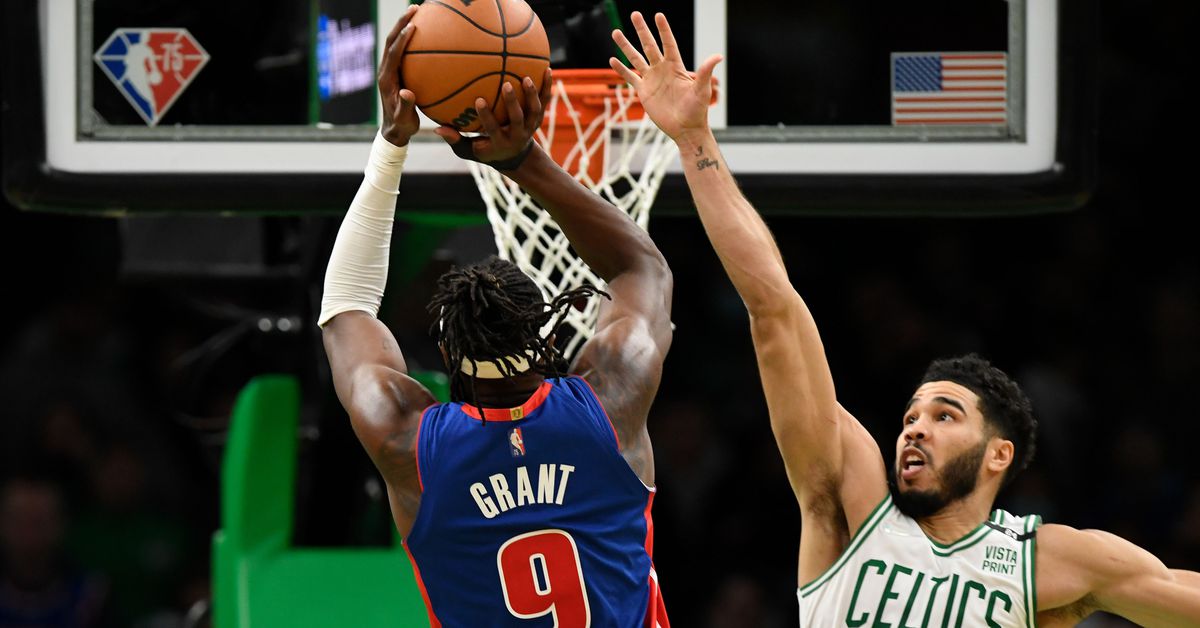 (Note: Due to technical issues, no clips today!)

1. Well…the win streak is over. Often in the NBA, when a long win streak ends, it happens with a bad loss where everything just sort of goes wrong. And that’s exactly how it went down for the Boston Celtics.

Yes, this was a bad loss. The Detroit Pistons are one of the worst teams in the NBA. They came into Boston on an eight-game losing streak. By all accounts, the Celtics should wake up this morning on a 10-game winning streak. But, as they say, that’s why they play the games.

2. While noting this was a bad loss, we can also note that the sky isn’t falling. The world hasn’t come to an end. Yes, the bad taste will unfortunately linger for longer than usual, because the Celtics don’t play again until Thursday, February 24.

But that doesn’t negate everything Boston accomplished during the nine-game win streak. Or how well they’ve played thus far in 2022.

Some are going to say “Here we go again.” and “I told you they were frauds.” But take note: Most of these same people were likely very quiet, if not as silent as a Trappist monk, over the last couple of weeks. They’ve just been waiting to pop up and start the negativity cycle churning again.

3. What made this a bad loss for the Celtics was partially the opponent. Another was that Boston seemingly had vacation on the mind.

Have you ever been in the last week before vacation at your job? Often, you work really hard Monday-Thursday to wrap everything up. Then Friday, you put your feet up and go into coast mode.

That was Boston on Wednesday night.

It wasn’t enough to put on the uniform, roll the ball out and get a win. The Pistons came in hungry and desperate to snap their streak, along with the Celtics. And Detroit took it to Boston from the jump. We’ll focus the next few Takeaways on what happened to cause the loss.

4. The Pistons grabbed a whopping 18 offensive rebounds. That lead to 17 second-chance points. That’s a huge number in a one-point game.

5. Both Boston and Detroit turned it over 17 times. The Pistons fared slightly better in generating that into offense, as they outscored the Celtics 23-20 in points off turnovers. Again, it all adds up in a one-point game.

6. The Celtics defense, which keyed the nine-game win streak, was uncharacteristically disconnected in this game. Detroit shot 16-of-30 from behind the arc, in addition to feasting on the offensive glass. Boston’s switching wasn’t as tight as it has been. Again, that seems to indicate a lack of focus.

7. The late-game offense wasn’t great. In reality, it was bad. Maybe it was being out of rhythm, without two parts of the closing group. Maybe it was the physicality the Pistons were playing with. Maybe it was eyes and thoughts on a warmer climate on Thursday and that led to falling back into old, bad habits.

Whatever the reason, after game upon game of good ball and player movement late, the ball got sticky some in the fourth quarter. Let’s hope this is an aberration and not a return to a trend.

8. On the plus side, odd as it may sound, this game confirmed the importance of Marcus Smart and Robert Williams. It shouldn’t need to be said this deep into the season, but those two are good players and help the Celtics more than they ever hurt them.

It really hurt to not have Smart in this game, more so than Williams. When things are going sideways, Smart is regularly the one who gathers his teammates, settles them and gets everyone back to being focused and on the same page. His leadership was missed on Wednesday night.

9. Closing with some positives: Grant Williams made a bunch of big plays in the second half. After going 4-of-7 from deep, Williams hits the break at a ridiculous 44.6% on three-pointers.

Al Horford played on his best all-around games of the season. He did a nice job stuffing the stat sheet, a la Robert Williams.

Daniel Theis continues to look solid as a backup big. That acquisition is going to really help keep Horford and the Williamses fresh into the playoffs.

And the remaining kids, Aaron Nesmith and Payton Pritchard, delivered some solid play when their numbers were called. That’s hopefully a sign of things to come.

10. So, the streak is done. The All-Star break is here. Several Celtics, including the injured Marcus Smart and Robert Williams, as well as the clearly banged up Jaylen Brown, can really use it. Other than Jayson Tatum, Boston has no participants in All-Star Weekend festivities. With a long-term view in mind, that’s probably a good thing. This team needs the time off.

Coming out of the break, Boston will have 22 games left. They’ll start the stretch run in no worse than sixth place in the Eastern Conference. They’ll be no worse than two games out of homecourt advantage.

Over those final 22 games, the schedule does stiffen some. But Boston has proven up to that task, as they are currently the only East team with a winning record against above-.500 teams. And there’s also a handful of very winnable games, provided they don’t overlook opponents like the Pistons (who the Celtics see twice more!), as they did on Wednesday.

So, yes, it’s a bad loss. Horrible even. But grab the mouthwash, rinse that bad taste out of your mouth, and look back on all that has been accomplished in 2022. Boston climbed from 11th to sixth in the Eastern Conference standings and they are within striking distance of homecourt advantage. The defense is the second-best in the NBA on the season and ranks first since Christmas by a very wide margin. And the offense is finally playing with the pace and ball movement that Ime Udoka has talked about since his introductory press conference.

Let’s not lose sight of the forest for the trees here. One bad loss is just that: one bad loss. This team has earned the right for you to believe they’ll put it behind them and will come out firing after the All-Star break. We’ll see you back here in a week to break it all down!