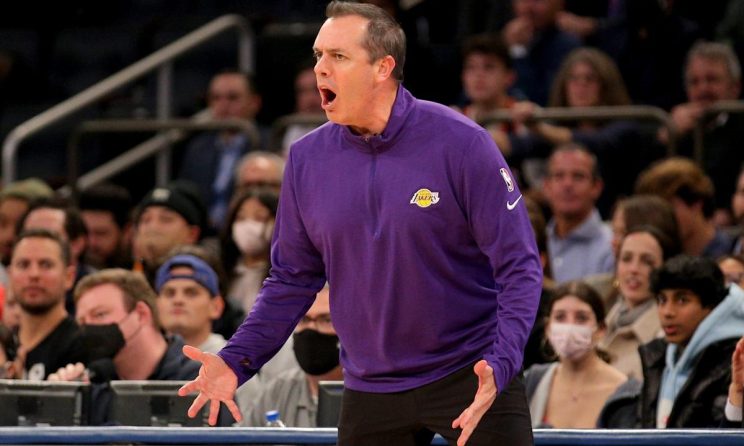 LeBron James said he and his teammates must improve when asked if criticism this season of head coach Frank Vogel is fair.

“I think criticism comes with the job, you know?” James said Monday after practice. “Frank is a strong-minded guy. He has a great coaching staff. And we as his players have to do a better job of going out and producing on the floor. We’re a team and an organization that don’t mind some adversity, that don’t mind people saying things about us, obviously, because it comes with the territory.”

Sitting at seventh place in the Western Conference, the 12-12 Los Angeles Lakers are coming off a loss against the Los Angeles Clippers Friday.

“We have a lot of guys on this team that have been bulletin-board material for quite a long time, so it don’t quite bother us,” James said. “Everything that we do stays in house when it comes to our preparation and how we prepare for our next opponent and how we prepare to get better. Frank doesn’t care and we don’t either about what people are saying.”

Coach Frank Vogel has the Los Angeles Lakers sitting in seventh place in the Western Conference, at 12-12.

Vogel is in his second season as head coach of the Lakers and led the franchise to its first NBA Finals Championship title in 10 years in 2020.

“There’s going to be criticism with this job,” said Vogel. “It’s something we’re all accustomed to. And I’ve been a coach for 10 years, I’ve seen it all.”

“Is it more national? Yes, it’s more national,” Vogel said of his current job. “Is there a bigger fan base in this market in L.A.? Yes, there is. But it’s been there for every head coach, and it’s something I’m not unfamiliar with. So it just comes with the job.”