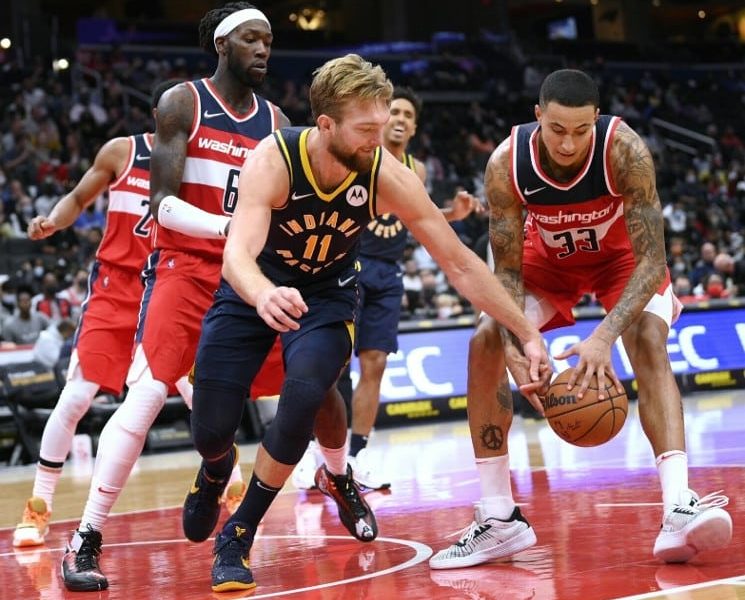 In tonight’s Eastern Conference matchup, the Washington Wizards (14-10) are playing the Indiana Pacers (9-16) at Gainbridge Fieldhouse. Will Bradley Beal and the Wizards end their two-game skid and win their fifth consecutive game versus the Pacers?

Heading into Monday night’s intraconference contest, the Wizards are 12-12 against the spread in the 2021-22 NBA season, whereas the Pacers are 12-13 against the spread. This game will air live at 7 p.m. ET via Bally Sports Indiana, Bally Sports Midwest, Bally Sports South, NBA League Pass and NBC Sports Washington. According to Land of Basketball’s database, based on 184 all-time regular season games played head-to-head, Indiana is 101-83 versus Washington. On Oct. 22, 2021, the Wizards defeated them 135-134 in overtime.

Besides comparing team records, the Wizards are failing to remain competitive on the road. For the first time in quite awhile, the team has lost consecutive games by double digits. Their slump is especially noticeable, considering how aggressive they play at home. The bottom line is that Washington is unpredictable. Unreliability is one thing they have in common with the Pacers. Bettors are unsure which team will show up on any given day. So far, through 21 games played, guard Bradley Beal is averaging 21.9 points, 4.8 rebounds and 6.0 assists per game this season.

Wizards see back-to-back blowout losses as big test for who they are https://t.co/7u7prbSZOs

Injury Update: T.J. Warren (left foot) will not have another scan until later this month, or early January. He will not play in December, according to Rick Carlisle.

Furthermore, on Sunday, in the Wizards’ 102-90 road loss versus the Raptors, forward Kentavious Caldwell-Pope led his team in scoring, putting up 26 points in 28 minutes on the court. Guard Bradley Beal also ended his performance with 14 points, 1.0 rebound and 7.0 assists in 35 minutes of action. In a high-scoring second quarter, the Raptors outscored them 40 to 30.

Fans at Gainbridge Arena booed their team against Miami, and the Pacers deserved it. Miami had multiple players sitting out, such as Jimmy Butler. Head coach Rick Carlisle’s team has lost seven out of their previous 10 games, and the Pacers’ losing streak was extended to four games. Indiana is 6-6 at home, 3-10 away and 6-6 ATS at home.

As for the Pacers, they are 2-4 ATS in their last six performances. Also, the total has gone over in five of Indiana’s past six games. However, the team is 1-5 SU in their previous six games, too. And, the total has gone over in the team’s last five contests at home. Even when playing at home, Indiana has disappointed a lot of folks. The team cannot be trusted to win. In other words, pick the Wizards to win on the road, but the Pacers will cover the spread.

Pick the Wizards to win, the Pacers will cover the spread and the total will go over 211. Washington is a five-point underdog with BetUS.