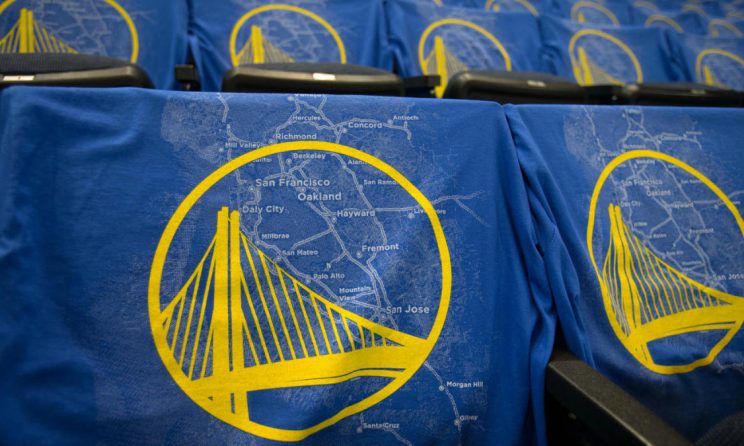 Many of the details of the 2020-21 NBA season are yet to be known, including whether fans will be able to be back in the seats of arenas. Some teams, like the Lakers, have opted out of welcoming in people for the foreseeable future due to the coronavirus pandemic. Other are planning to have fans at games in some capacity.

The Golden State Warriors presented a plan this week to reopen the Chase Center at 50% capacity next season. The team put forth the plan to state and local officials, believing their goal of filling half the seats in their San Francisco arena will be the blueprint for other teams. They are calling the plan “Operation DubNation.”

The plan includes testing every fan for COVID-19. Warriors owner Joe Lacob is prepared to spend around $30 million for tests for all fans, employees and players entering the building.

“I not only want to get this done and show the world how we can do it now, I’m willing to spend the money to do it,” he told ESPN. “This is a serious, serious problem. It cannot go on for multiple years … because if this were to go on for several years, the NBA is no more. You cannot sustain this league with no fans. You can do it for a year.

“We’ll all get by for a year. But suppose we’re in this situation next year. Now we’re talking some serious, serious financial damage to a lot of people.”

Lacob has a master’s degree in public heath from UCLA.