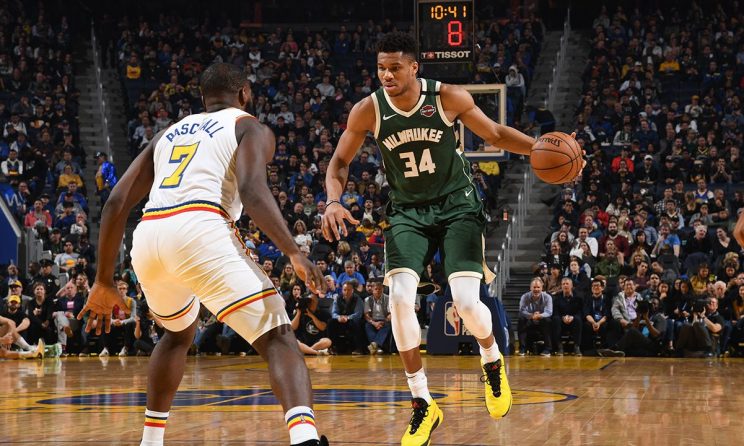 The Warriors reportedly will face the Milwaukee Bucks on Christmas Day in a matchup that will feature two of the NBA’s biggest stars in Steph Curry and Giannis Antetokounmpo. Though each side has a two-time MVP leading its roster, the betting public doesn’t have much faith in Golden State to pull off a win.

According to PointsBet, the Bucks are a 7.5-point favorite against the Warriors, making Golden State the biggest underdog of any team on the league’s Christmas Day slate.

It shouldn’t come as a surprise that the Bucks are favored, considering they’re the home team and have finished with the NBA’s best record in each of the last two seasons. Still, though, that’s a large spread against a Warriors team that feasibly could contend within the Western Conference.

Milwaukee likely would have been slightly favored even if Klay Thompson hadn’t gone down with a season-ending Achilles injury, and clearly, bettors are concerned about Golden State’s ability to keep up without one half of the Splash Brothers. The fact that the Warriors will play their first game in more than nine months just three days prior to their matchup with the Bucks probably didn’t inspire much confidence, either.

The Warriors are 2-2 on Christmas Day over the last four seasons. In order to add another one in the win column, they’ll likely have to hit the ground running when the season begins.

PointsBet is our Official Sports Betting Partner and we may receive compensation if you place a bet on PointsBet for the first time after clicking our links.