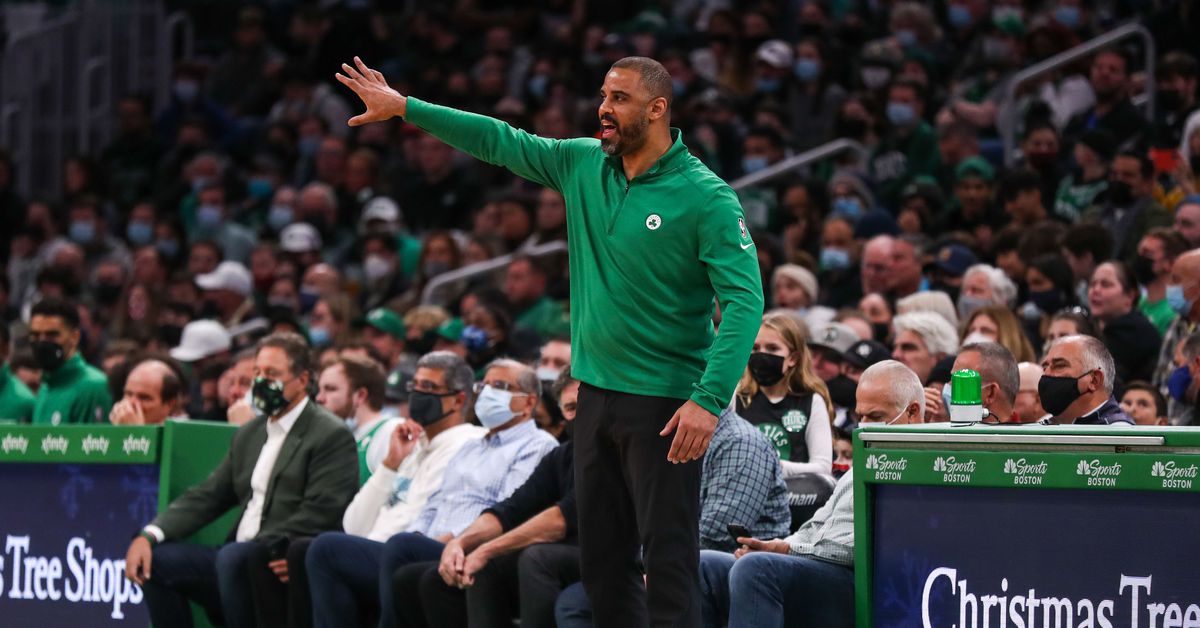 X’s and O’s fans were consistently spoiled watching Brad Stevens coach. The former sideline wizard, now residing in the front office, was constantly dialing up some of the best and most creative end game sets and after timeout plays. From his use of the “winner” action to countless game-clinchers, the reputation bestowed upon Stevens was more than well-deserved.

To go from that to anyone different would mean a likely drop-off in play-drawing magic. But Ime Udoka, the heir apparent hired by Stevens himself, has been simple with his playbook, opting for player empowerment and easy reads over intricate design.

That said, Udoka has had his moments of tactical brilliance. He’s put his own spin on a common NBA action popularized by his former mentor, Gregg Popovich.

When teams need a corner 3-pointer, many will run a Hammer action. The play exploits a habitual part of help defense, capitalizing on the low man helping off the corner. As the help goes, an offensive player sets a back screen, bringing a shooter down to the corner for an open 3-pointer:

Udoka has done things a little differently than Pop — and all others who have run this play at a high level. Typically, the Hammer action starts with a shooter on the wing opposite the ball. As the ball gets driven baseline, the shooter slides down to the corner while the screener steps up from the short corner to screen his man.

The switch made by Udoka? Starting the shooter in the corner, raising him up to the wing only to bring him back down. It’s done a great job at putting the shooter’s defender in a batter positioned to be screened, thinking that an initial raise or downscreen is a threat and thus attaching to the shooter tighter.

The results are pretty strong:

We get it, Udoka hasn’t reinvented the wheel in any way with Boston’s offense and is not the most aesthetically pleasing. It’s high on isolations, low on ball movement and not the most imaginative. But the glimpses that Udoka has shown in putting his stamp on things after timeouts has been pretty solid.

Beside the re-screen Hammer action, he’s thrown out a nifty misdirection that utilizes a fake of the Hammer to sink the defense and divert their attention from the real threat:

Creativity isn’t really about running the most innovative offense every time down the floor. Instead, it’s about knowing when to be creative and catch a defense off-guard. The Celtics don’t do a lot that is complex, which means when it’s time to dust off the ole playbook, it works like a charm.

Don’t sleep on Udoka in terms of his playbook. He’ll only start to add more wrinkles as the year goes on.