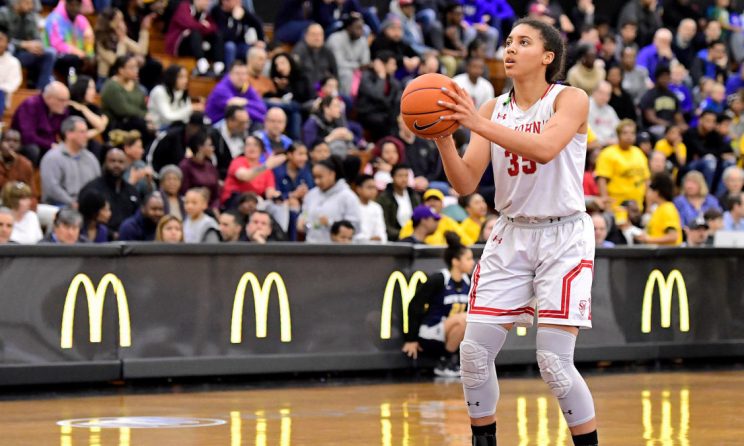 The University of Connecticut women’s basketball team landed the top recruit of the Class of 2021 on Wednesday in a huge step toward trying to return to national championship glory for the first time since 2016. Azzi Fudd announced her commitment to the Huskies on Instagram live on the first day of the early signing period, which happens to coincide with her 18th birthday.

Here is a clip of the official announcement:

“I know I want to be somewhere that I’m going to be proud where I am the next four years and also look back and be happy with the decision and know I made the best decision for myself,” Fudd said Wednesday

Fudd’s commitment to arguably the best program in the country was a long time coming. As Katie Barnes of espnW noted, Fudd received her first scholarship offer when she was 12, beat some of the top boys’ shooters in the nation at Stephen Curry camp at 15 and then went on to become the first sophomore in history to win the Gatorade National Girls’ Basketball Player of the Year award.

Having established herself at St. John’s College High School in Washington, D.C., she spent 18 months recovering from a torn MCL and ACL, which she suffered at a USA Basketball tournament. Fudd returned to the court in January, where she led her team to a title, but felt about 85 percent healthy.