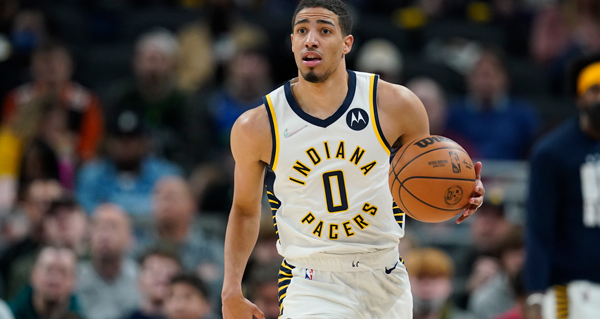 Now Indiana Pacers guard Tyrese Haliburton penned a piece for The Players’ Tribue that outlined his thoughts on being traded from the Sacramento Kings. Haliburton didn’t hesitate to share he never wanted to leave Sacramento.

Haliburton wrote, “I really, really, really was all in on Sacramento. And I wasn’t shy about it. I would tell people, straight up, “I want to be that next C-Webb for this city.” That was my whole mindset. I wanted to become one of those players who got drafted somewhere and built a legacy — on and off the court. I wanted to become someone the people of Sacramento knew was in their corner.”

Haliburton wrote about being in disbelief when his agent first told him he might be getting traded. He talked about how the whole process took him “From “no way” to traded in 30 minutes. I’ve literally waited in line at Cold Stone for longer than that.”

Despite being upset to leave Sacramento, Haliburton said he’s excited to be in Indiana, which is closer to his hometown of Oshkosh, Wisconsin. Haliburton also wrote that he’s looking forward to winning with the Pacers and that he’s “Coming to Indiana to leave my imprint, and to help this team do something special. I’m coming here to create a legacy that makes Pacers fans proud.”