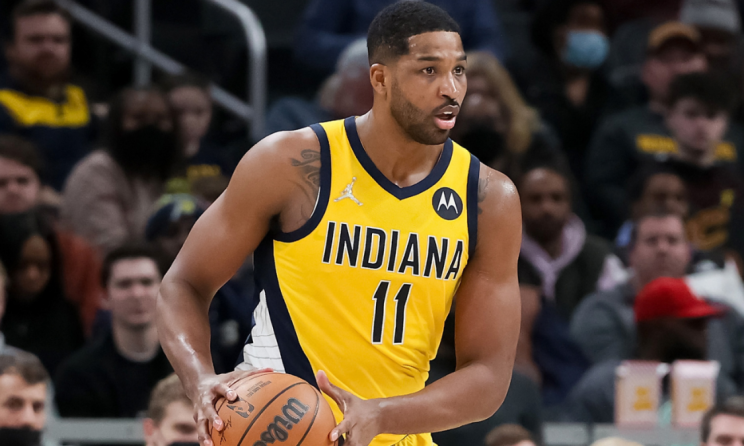 It looks like the Chicago Bulls will be adding some depth to their frontcourt rotation prior to their playoff push. Veteran big man Tristan Thompson plans to sign with the Bulls after being waived by the Indiana Pacers, according to Pacers coach Rick Carlisle. Carlisle broke the news following Indiana’s 113-108 victory over the Washington Wizards on Wednesday night — a game in which Thompson played 21 minutes and tallied 17 points and six rebounds.

“We thanked him for what he’s brought for the last six or seven days,” Carlisle said, via ESPN. “He brought a high level of professionalism and he’s done a really good job… I don’t mind announcing it because it’s going to happen and what the heck. There’s nothing wrong with speaking the truth. It’s the rare instance where you get to thank a guy in the presence of his teammates. And these guys have an awful lot of respect for who he is and what he’s accomplished in the league.”

Thompson’s time in Indiana didn’t last long, as he appeared in just four games for the franchise after being traded from the Sacramento Kings prior to the NBA’s trade deadline. In Chicago, he will join a Bulls team that currently sits at the top of the Eastern Conference standings. As a veteran with championship experience, Thompson should be a solid addition to a team looking to make a deep playoff run. He should see some legitimate playing time behind starting center Nikola Vucevic.

One person that is excited about the addition is Bulls guard DeMar DeRozan, who has a preexisting relationship with Thompson. “Known Tristan for years. Great dude,” DeRozan said following Chicago’s 125-118 win over the Kings on Wednesday night

“Championship experience. Good friend of mine. Got the utmost respect for him off the court,” DeRozan added of Thompson. “Obviously, we all know what he brings on the court. So, I think this will be a great addition for us. What he’s able to bring, veteran leadership, understanding what it takes to win a championship.”

Thompson isn’t going to singlehandedly propel the Bulls to their first title since 1998, but in a competitive Eastern Conference, some added frontcourt depth certainly isn’t a bad thing.